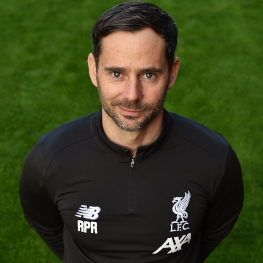 Richie spent eight years as a player at Liverpool during his late teens and early 20s. He qualified as a physio in 2009 and attained an MSc in football rehabilitation in 2011. He retired from professional football that same year.

At international level, he has represented Republic of Ireland U15s, U16s, U18s, U21s and was on the bench for the senior team.

In the summer of 2016, he moved from the club's Academy set-up to Melwood to work with the first team.