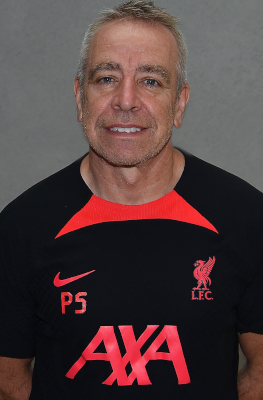 One of the longest serving members of Liverpool's backroom staff, Paul arrived from Widnes Rugby Union Club as a part-time masseur in 2001.

Since becoming full time in 2002, he has gone on to establish himself as an important member of the medical staff.

"My job involves using Soft Tissue Therapy to prepare players before training sessions begin and again at the end of each day's training to help with the recovery," he says.

"I also travel with the team to all fixtures and ensure the preparation of the dressing room, medically and sports science wise is complete upon the players arrival."

Paul's work with Liverpool saw him named as the England U21 team masseur in 2005 - a post he held until February 2008, when he left to take up a similar role with the senior squad until 2014.

He considers the 2005 Champions League triumph as the highlight of his time at Melwood.