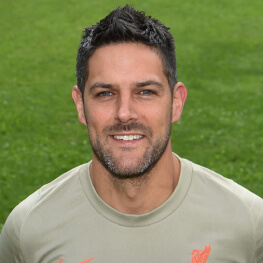 Steve Lilley started his role as first-team physiotherapist in May 2020.

Prior to joining Liverpool, Steve spent nine years working in Manchester City’s medical department. Before that, he was with Norwich City for a two-year period, during which he rose to the position of head physio.

Steve - who finished his Master’s degree in sports physiotherapy in 2014 - began his work in sport with rugby clubs Leeds Rhinos and Leeds Tykes.

He then spent time working in the NHS before joining Norwich.