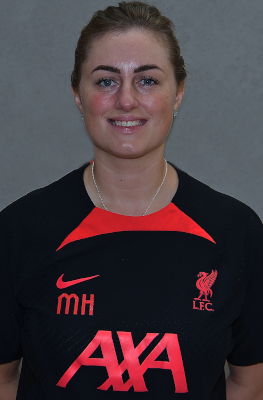 Michelle Hudson joined Liverpool’s backroom team for the start of the 2020-21 season, working within the club’s medical department as masseur.

Hailing from Kirkby, Michelle switched to the Reds from rugby league side Warrington Wolves, where she served for six years after beginning on an initial two-month voluntary basis before joining on a part-time contract and ultimately making the role permanent in 2017.

Her role within the first-team set-up includes soft-tissue massage for players pre and post training and matches.

On getting the call to join the Reds, she said: “I actually thought it was a joke; I thought somebody was playing a prank on me! I never thought I’d be offered a position, but I am honoured and privileged to have been considered, let alone get the job.

“It’s a really good time to come in with the way things have been going in the last few years and I’m really proud to be here and to work for the club.”