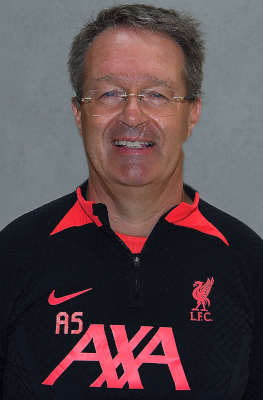 Dr Andreas Schlumberger joined Liverpool FC as head of recovery and performance at the end of 2020.

Schlumberger took up the newly-created specialist role – which will support and work in close collaboration with the current performance, medical and rehabilitation leadership – as part of the Reds’ first-team backroom set-up at the AXA Training Centre.

He made the move to Merseyside after almost a year with Schalke 04, where he held the position of head of fitness and prevention.

The German had previously worked with Jürgen Klopp, having spent four seasons with Borussia Dortmund between 2011 and 2015 as a rehabilitation coach.

After leaving Signal Iduna Park, he joined Bayern Munich in a similar capacity, before switching to Borussia Monchengladbach in 2017, where he worked for two-and-a-half campaigns prior to linking up with Schalke.

In addition, he enjoyed a spell with FC Nurnberg between 2005 and 2008, and has worked with the German Football Association, supporting the younger age groups.

Read more about Schlumberger and his role at LFC here.