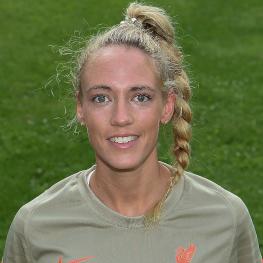 She arrived at the AXA Training Centre after nine years with EDEN Reha in Donaustauf, Germany, while she also ran another physiotherapy facility independetly in Regensburg.

After graduating from the University of Physiotherapy in Wasserburg, Germany in 2011, she immediately started accompanying a regional amateur football team in addition to her work in a physiotherapy practice.

Lena also invested in her advanced specialisation in athlete care by completing further education courses, such as training as a sports physiotherapist for the German Olympic Sports Association (DOSB), manual therapy and osteopathy, among many others.

“I really enjoy working with the whole team at Liverpool FC and playing my part in helping each player perform to their maximum and minimising the risk of injury,"  said Lena.