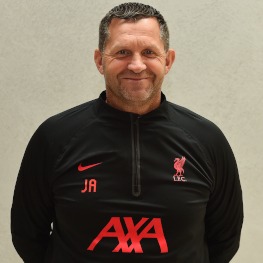 The Dutchman spent more than 10 years at Prenton Park as a player and, latterly, a goalkeeping coach.

Signed by Kop legend John Aldridge in September 1998 from Dutch outfit FC Utrecht, he went on to make over 250 appearances for Rovers and was an extremely popular figure among the supporters.

Former Aston Villa and Tranmere manager Brian Little described Achterberg as "the most professional player" he ever worked with.

Now he puts this professionalism to good use looking after the club's stoppers after being appointed first-team goalkeeping coach in the summer of 2011.