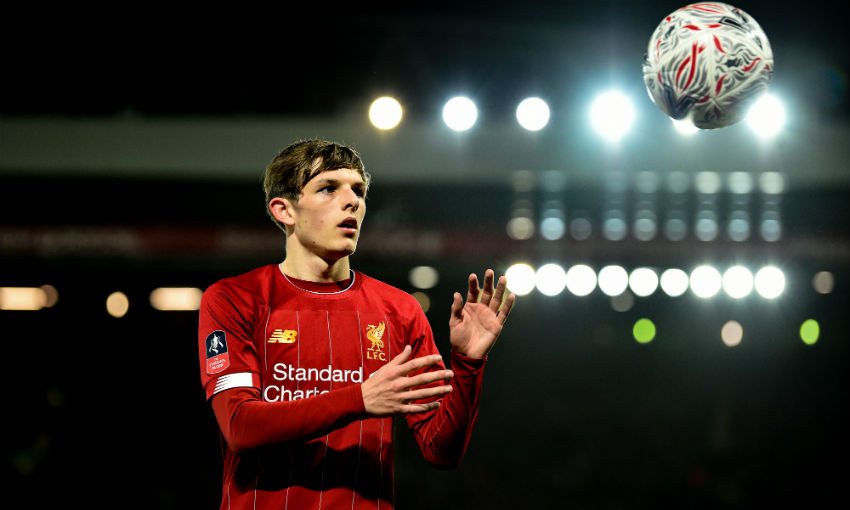 It'll be no surprise for regular viewers of Liverpool's Academy sides to hear Leighton Clarkson prefers assisting a goal over scoring one himself.

Both the U18s and U23s consistently made use of Clarkson's pinpoint deliveries into dangerous areas throughout the course of the 2019-20 season.

They are skills the midfielder has possessed from an early age, though honed with the help of Steven Gerrard during his time within the Kirkby set-up. 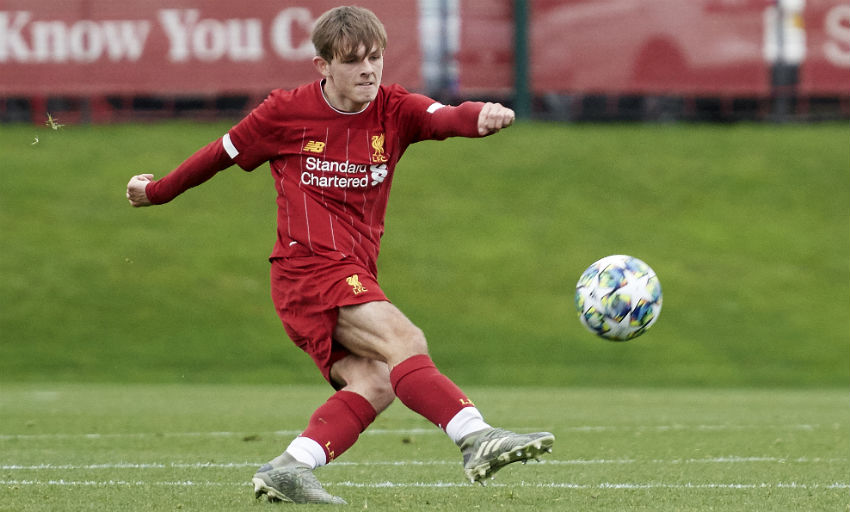 "I was 16 and he was the U18s coach. I remember Gerrard was doing almost like a one-to-one session after the training session with Adam Lewis," Clarkson tells Liverpoolfc.com. "So when I did go up, I was doing the same thing as Adam.

"During this lockdown, there's a nice field around mine with a few decent nets. I've been up there probably five times a week and I'm always doing free-kicks at some point.

"That's the thing with me, as weird as it sounds, I like assisting probably more than scoring. I just feel like I'm that type of player. I just love getting assists."

Read on for more with the 18-year-old in the latest edition of our Meet the Academy series...

You've been on a journey with LFC since the age of seven and gone right through to the first team. It's been quite a ride for you, hasn't it?

I've been playing with a lot of the same people throughout the years. My first year as a scholar was a good year for me and obviously we won the FA Youth Cup and stuff. This year in the U18s, I've got promoted to the U23s and been around the first team quite a bit. I'm not going to lie, I wasn't expecting it [playing for the first team]! Obviously the Villa one, it was all our team because the first team were away. I came in and thought I did alright in that. The Shrewsbury game, that was my first start and was with a lot of people I've known for quite a while and Critch was manager, so it was quite good because we were playing with each other throughout the season. To showcase what we've been doing over the season at a stage like that against a decent opposition and then to win was just brilliant.

How would you describe yourself as a player then?

I'd say I'm quite a technical player. I like to pass the ball, I like to get on the ball all the time, I'm always looking to play my mates in. I'd say I can play a variety of the midfield positions – I can play as a No.6, a No.8 or as a No.10. I played as a No.10 when I was 15 and playing in the U16s and scored quite a lot of goals. Then I started to move back a little bit. But when Pedro Chirivella was playing with us, I was sort of like a No.8/No.10. I'd like to think I can play in either of those positions, which is a lot more helpful than playing in the one role. I'm a passer really and always looking to play players through. 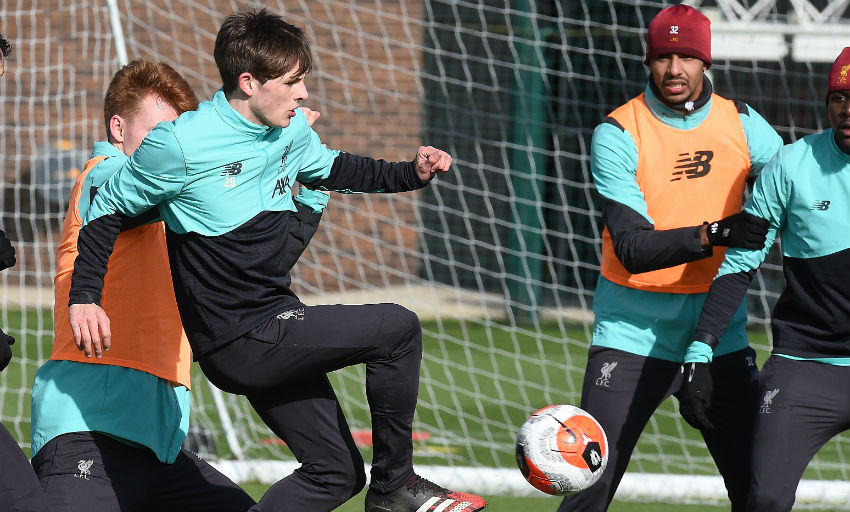 There's quite a lot of responsibility being a midfielder in a Liverpool side, isn't there?

The manager is all about work ethic and you can see that when we go up and train at Melwood – everything is high intensity. That's how he wants to play and that's how it runs through the club. Ever since he's come in, the energy in every team has gone up. To be fair, I think what my biggest improvement has been from the U18s stepping up is that my fitness levels have gone up massively, which is always a good thing because obviously with the first team the energy is high and you need to be fit.

Pep Lijnders has said you're 'the type of No.6 we really like'. Which players do you watch intensely when you go down to Melwood?

I love every minute of it because I'm training and watching world-class players. Obviously at this moment in time they're the best in the world. It's just unbelievable. When I'm up there I just try to pick out things from different people's games. So I start trying to take parts from each of their games to make it into a whole. So Fabinho is good at tackling and reading the game, Henderson is energy and quality. There's a lot of things I learn about when I'm up there. I just want to keep going up there as much as possible to keep on learning.

What's been the advice from Jürgen Klopp and co when you've been down to train with the first team? 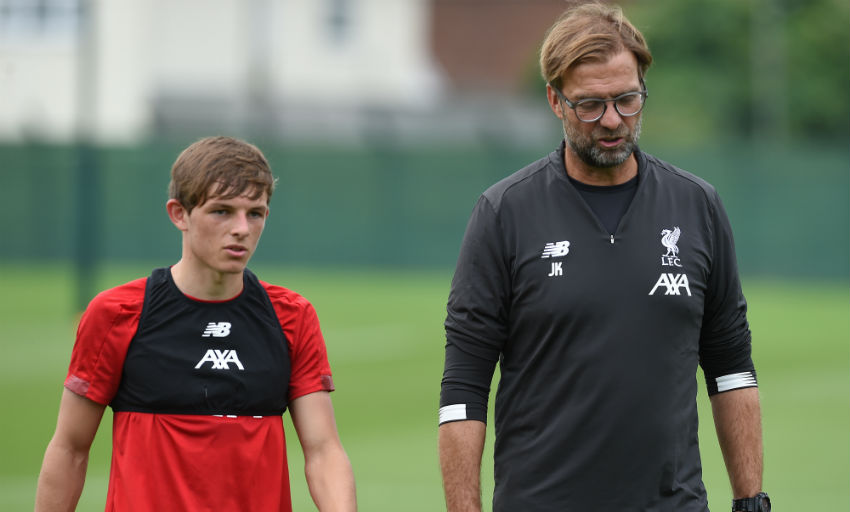 It's been unbelievable. I remember the first time I got called up and I was quite nervous. I was just going in for a normal U18s session and they [the first team] needed a player. Barry told me that they wanted to see me going up. It was quite surreal because I went up and I knew where to go because we'd done little sessions in the past, but it was one of those open days where there's quite a few fans coming in. All them there with their shirts and then there's me! I was near the back of the line and Klopp came up to me then and gave me one of his hugs and he was just saying, 'Just be yourself. I think highly of you'. Every time I go up I always have a couple of words with him. The second time, after the session we were just talking about a recent U18s game, so he must have been watching. We talk quite a bit and it's made me relax.

More from our Meet the Academy series...