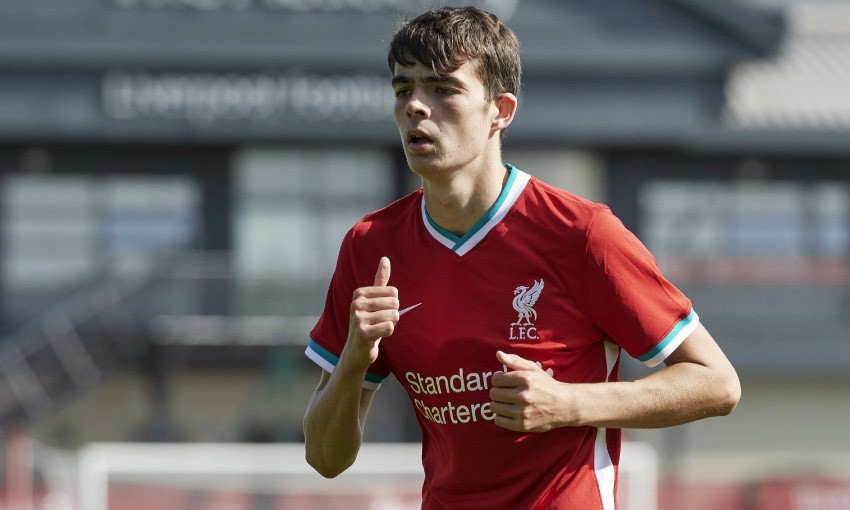 The midfielder has caught the eye for Marc Bridge-Wilkinson's U18s this season with his overall play and sublime execution from set-pieces.

Living up to his tag, the Scouser scored directly from a corner on two occasions in the same game back in September.

Having joined the Academy at the age of five, Corness has progressed through the ranks at Kirkby – earning his alias along the way – and signed his first professional contract with the club earlier this month.

"This has been a nickname for years now," 'The Wand' tells Liverpoolfc.com. "All the coaches at the Academy over time have just given me the nickname due to my passing and the things I do with my left foot really. It's not bad at all.

"It's just carried on over time and it's still going now. I think it was around the age of 12 or 13 and it's carried right through to the U18s."

Read on for more from our interview with Corness in the latest edition of our Meet the Academy series...

Let's start at the beginning. You've been at Liverpool since the age of five – how did that come about?

I played for my local team, Netherley Woodlane Legion, and I actually played with Layton Stewart as well. We both got brought into the Academy at the age of five. From then on, it's just been Liverpool through and through. I'm a Red myself and every single minute at the club is a dream come true.

Have you always been a midfielder?

No, I haven't. I used to be a left-back when I was younger. I only got moved into midfield when I was U14s. Sometimes I still do have a bit of exposure at left-back but I'm mainly a midfielder now.

Who do you look up to as a player?

I love to watch Thiago really. I just try to base myself off some of the things he does. Obviously he plays for the first team and that's just the level you want to try to get to. I just try to get on the ball as much as I can. I've always liked the way Thiago played. He came from Barça as well, so he automatically had that side of football where he just has the ball as much as he can and tries to play. I haven't seen him knocking about Kirkby yet, but with the new campus it's an opportunity every time you train now because you don't know who's watching. So you've just got to make every session the best you can because you never know what's going to happen. 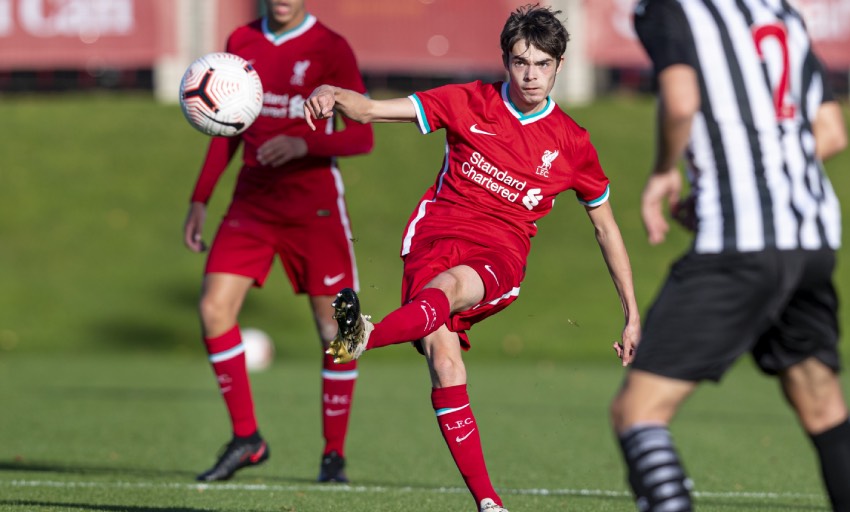 How much do you work on set-pieces? It's apparent how much of a threat they pose in matches...

Set-pieces have been a massive part of my game throughout my whole time at the Academy. I've worked on them loads. Over the past one or two years, I've focused on them a lot more. I've had people working towards it with me, like Tyler Morton – the quality he has is unbelievable. So when I am working on set-pieces with him, the quality that he shows, it automatically improves my level as well. What we have been doing is just grab as many balls as you can after training – 10, 15 minutes – and just practise as much as you can. There's always balls everywhere at the end of the session!

As a Liverpool fan, did you go to the games much? What's the best game you've been to?

I used to go to the games all the time but due to COVID you can't anymore. I'd probably say the best game I've been to was Man City away in the Champions League quarter-finals a few years back. It was unbelievable. We used to be ballboys nearly every home game in the U15, U16 season. I never got any assists but I always used to put myself in the corner so I could get right up close to all the players when they were taking their set-pieces. It just gives you that drive and motivation to get where you want to be in many years to come. Being that close, it's just surreal. It's different on the telly, you don't realise until you're up close, you're just amazed and your breath is taken away every time.

What are your targets, short term and long term?

Short term, I've just signed my first professional contract, so I just want to kick on now and carry on doing what I'm doing. Hopefully try to take that jump to the U23s this season – if not, then next season it'll come as well. Long term, I just want to keep doing what I'm doing, try to progress as much as I can, and try to get close and around the first team, like other players have done.