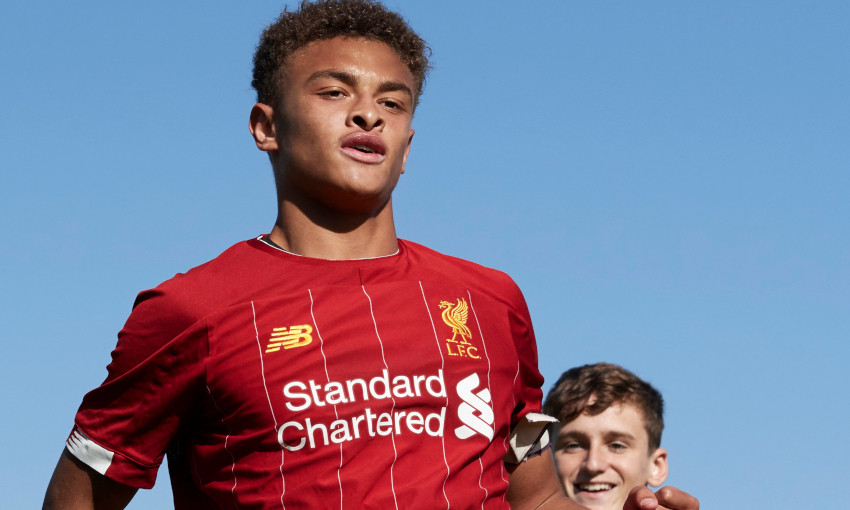 The Scouser was spotted by Academy scout Peter Brady playing for his school team SFX (St Francis Xavier's College) and Sunday League outfit Mags Titans on the amateur fields as an U14 player.

It's the kind of story you used to read in comic books such as Roy of the Rovers, one that proves dreams can come true.

O'Rourke, a die-hard Liverpool fan, is now a regular with the U18s squad and has also played for the U19s in the UEFA Youth League.

When the Reds first came calling, though, it took a while for the news to sink in.

"It was quite a shock when I found out about Liverpool's interest because it was quite late for me, being an U14 player," O'Rourke told Liverpoolfc.com.

"I was actually on trial at Tranmere Rovers and had also been offered a trial by Burnley.

"My mum just told me to wait and don't sign with anyone yet and see if anyone like Liverpool comes in, and luckily enough they did!

"I couldn't believe it at first and I didn't know what to say. I was just a bit taken back by it, but when I went to my first trial with Liverpool I just put everything into it.

"Tom Culshaw was my first coach at the Academy and he was brilliant for me and the young lads.

"I then worked with Bridgey [Marc Bridge-Wilkinson] and Ray Shearwood who were great as well, and then Barry Lewtas who I owe a lot to.

"Barry has been a massive help for me. He is great with all of the young lads and we have a lot of respect for him.

"He will tell us straight if something needs to change and he's a nice guy on and off the pitch."

You recently signed your first professional contract with the club, that must give you a great feeling?

It means an awful lot to me having come through the Academy, because I joined quite late so I didn't know whether I could do it at this club. But luckily enough for me I did and it means the world to me. Being born in Liverpool and supporting the club all my life, this just means everything to me and my family.

Getting the U18s captaincy from Barry Lewtas – what did that mean to you?

What sort of captain are you, a shouter or someone who leads by example?

I think I've got a mix of both. In training people might see me as a moaner but I'm just trying to help the lads and make a situation better. For example, if we are losing even in a training match then I try to inspire people in training. In this year's U18s team there has been more leaders, I would say. Chuck [James Norris] is a leader, Remi Savage, a lot more leaders. We all try to get the most out of everyone.

Have you always been a striker?

At Sunday League level I was actually playing in central midfield, but I didn't like it. I'm a striker and I played up front for my school team, SFX, and that's where the Liverpool scout saw me.

Before the season was curtailed it was turning into a real good year for the Academy, wasn't it? And at U18 level some real standout moments…

With Jake Cain and Leighton Clarkson moving up to the U23s that was a big loss for all of us so we managed to dig deep as a team. We managed to do quite well without them, to be honest, and we were all gutted that the season got stopped because we were meant to play Everton in Kirkby, but that was circumstances beyond all our control.

I have to take you back to the 6-1 win over Everton at Finch Farm when you scored in that, too, that was quite a morning…

It was amazing. The first half was quite even and we went 1-0 down before I managed to score. When we got into the changing room at half-time, Barry told us what we were doing wrong and what we needed to do to fix it. We all dug deep and we just blew them away in the second half. That was a great team performance.

What about your strike partnership with Layton Stewart – you have done really well together...

I've always been quite close to Layton, even when I first came to the club and he was a year below. He is great to play alongside because he is so fast. We link off each other quite well and we know what each of us is going to try to do. 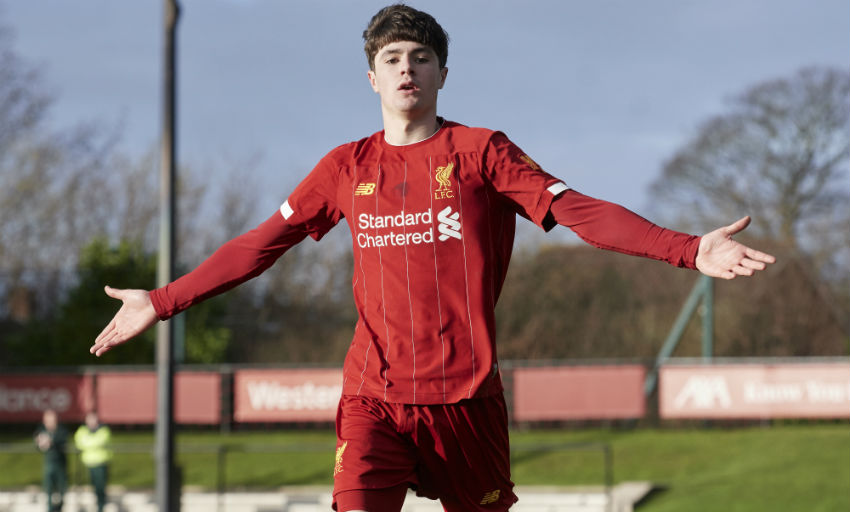 How excited are you by the prospect of the first team moving their training headquarters to Kirkby?

It is exciting. Hopefully we can get a closer look at what the first team are doing and get a few more opportunities to train with them. I think it might be another nice thing for our hunger to see the first team training on the next pitch to us. We all want to try to better ourselves every day and try to get up to that next level.

In the future, when it's safe to resume Academy matches, will you be looking to push on and try to establish yourself in the U23s?

Yes, I'm going to try to work as hard as I can. I want to stay at this club for as long as possible and try to impress.