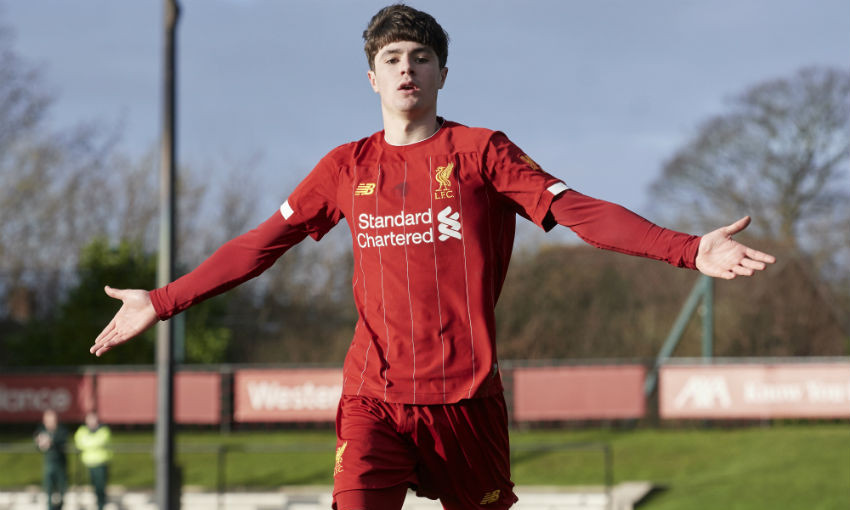 It's hard to think of a better way to capture the attention of Liverpool supporters than the knack Layton Stewart possesses.

The 17-year-old has managed to score against Everton at every level during his time with the Academy – from U7 right through to the U18s.

Now, the boyhood Liverpudlian has his eyes fixed on completing the full set, firstly with the U23s and then, one day, the seniors. 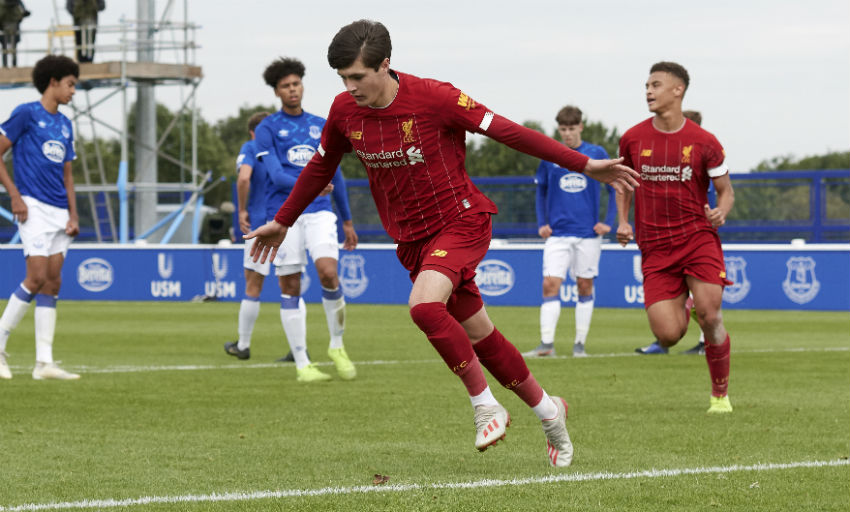 "It's always an easier way to get people to like you, scoring against Everton!" the striker laughs in a conversation with Liverpoolfc.com.

"I'm a Liverpool lad so I just love playing against Everton – as do many other lads. It's probably the biggest game we'll look forward to because I've actually got a few mates there as well, so we always want to beat them.

"It's a big game throughout the whole city, isn't it? It brings out a big excitement in me to try to score."

Stewart enjoyed a hugely productive first season as part of Barry Lewtas' U18s. He scored 16 goals in all competitions – one of which was against our local rivals, of course – before the campaign was curtailed due to the coronavirus outbreak.

Such proficiency was to be expected, in truth. Stewart once netted 56 times in a single season with the U16s.

His ability to stick the ball in the back of the net is led by his driven mindset and the inspiration provided by two former Academy starlets.

"Robbie Fowler and Michael Owen," he replies when asked about the forwards he looked up to. "I always watch them two on YouTube because they're quite like me.

"They're always in the goalframe, they're always sniffing around defenders and trying to get in the box and score tap-ins.

"I've spoken to Fowler two times and he just talks about getting in the goalframe and that the simple goals are as good as the big goals. I've spoken to Michael Owen a few times and he's just given me some advice about what I should do to try to get in the first team.

"Hearing something from the legends themselves – like those two – and a player like I am, it's good to get advice from them because I look up to them and I want to be as good as them or better than them.

"If I don't score, I don't speak to my parents for a couple of days and I have a face on! But if the team wins then I'm happy.

"But as a striker, I always want to get on the scoresheet and get my goal tally up. But if I score, I'm in a good mood for however long."

Firmly in the category of a fox-in-the-box-type striker, Stewart is determined to add more to his arsenal in the final third.

He has trained at Melwood with the first team and, in particular, is studying how Jürgen Klopp's forward line operates.

"Looking at Firmino, Salah and Mane, they help the team defensively as well and not just in attacking ways," Stewart notes.

"So that's the way I've got to adapt my game now and try to keep as fit as I can when I'm on the pitch and help score goals – but also help the team defend in tough games as well.

"It's amazing to be in and around the first team. But I've got to want to go there and try to think to myself, 'I want to take one of their spots one day, try to actually be with them every day and play games with them.'"

His route to that target has been somewhat halted by an ankle ligament injury that required an operation.

Rehabilitation is going well and Stewart is out to restart on the building blocks established during his eye-catching debut year with the U18s. 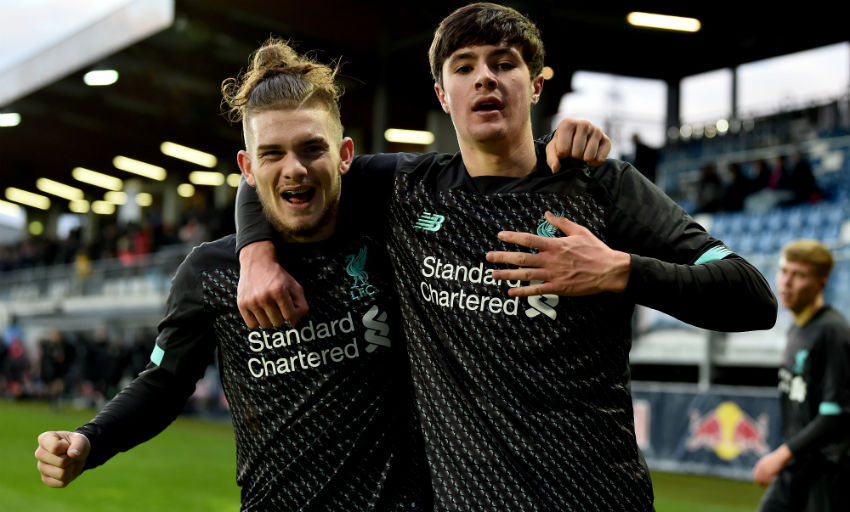 "It's been tough in different ways," he explains. "At U18s you're in every day till four o'clock, so it's different to U16s and it's much harder. It's a big step up.

"I think so far I've done quite well for both the U18s and U23s. You've just got to do your gym work properly so you're getting bigger and stronger, so you can compete with the likes of U18s and U23s."