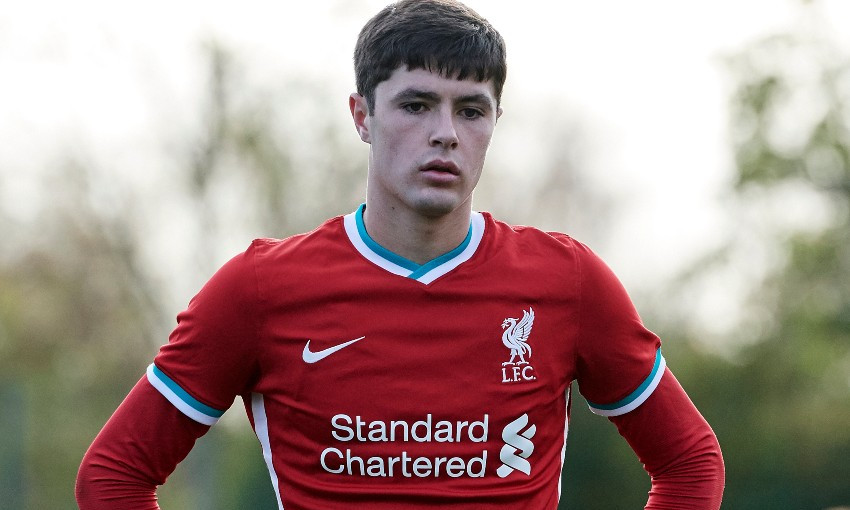 Layton Stewart has signed a long-term contract with Liverpool FC.

The 18-year-old striker started this season with the club’s U18s but moved up to Barry Lewtas’ U23s side later in the year.

He delivered his first U23s goals in successive games against Arsenal and Chelsea in February before his season was cut short by a serious knee injury in early March.

His natural pace and goalscoring instincts had already brought him 17 goals by that point, following on from 16 the year before in a campaign that ended for him in January.

Stewart has been with the Reds since the age of seven and signed his first professional contract in February last year.

An England U19 youth international, the Liverpool-born player has already gained experience in the UEFA Youth League and the EFL trophy.

He has trained with the first team on a number of occasions and earned a place on the bench for the Carabao Cup quarter-final in 2019-20.