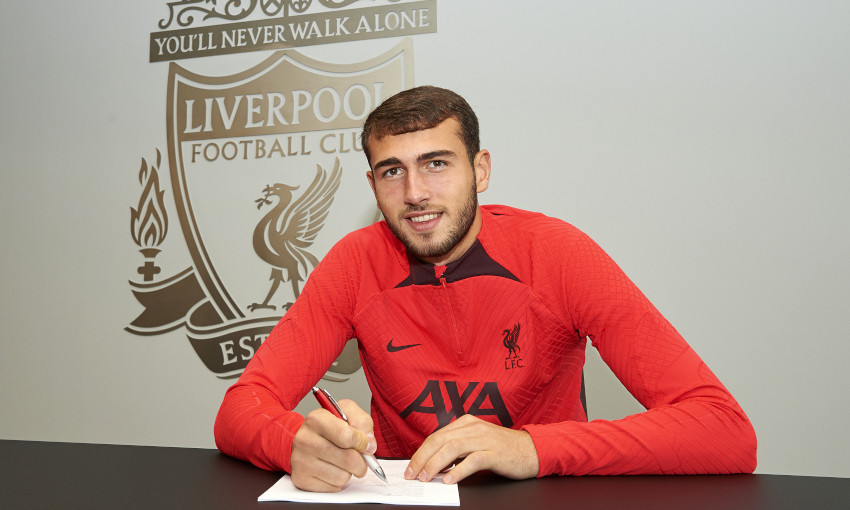 The 18-year-old goalkeeper enjoyed a successful summer with the England U19 squad that won the European Championship earlier this month.

A regular part of first-team training, he travelled with Jürgen Klopp’s squad on the club’s pre-season tour and enjoyed game time in the Singapore clash with Crystal Palace.

Davies was then involved again on Thursday evening as the Reds claimed a 5-0 win at RB Leipzig ahead of a week-long training camp in Austria.

After joining the Academy at U9 level, he progressed through the age groups and was a key part of the U18 squad that reached the FA Youth Cup final in 2021.

That year also saw him named among the first-team substitutes for a Champions League meeting with Leipzig and the quarter-final ties versus Real Madrid.

Last season Davies continued his progress, keeping a clean sheet at Anfield for the U23s against Arsenal and excelling in a last 16 penalty shootout win over KRC Genk in the UEFA Youth League in March.