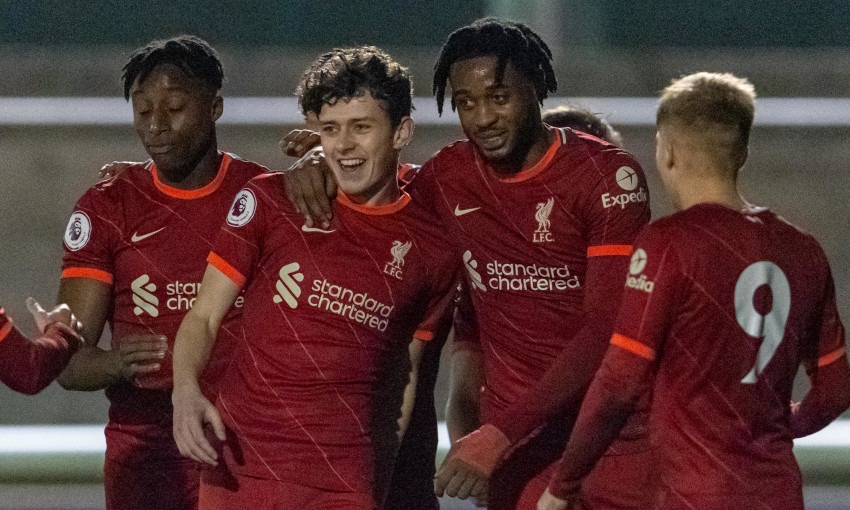 Liverpool U23s battled to a 1-0 victory at Derby County in their opening game of 2022 on Monday night.

An own goal by Eiran Cashin late in the second half at Loughborough University Stadium proved to be the decisive moment of a game the young Reds were on top of for long periods.

It was a satisfying beginning to the year for Barry Lewtas’ team as they clinched three points in Premier League 2 for the first time since November 28.

Liverpool almost opened the scoring within moments of kick-off.

An early example of the high press that the visitors would consistently use to good effect against their opponents saw the ball bounce out to James Norris around 20 yards from goal and his drive, which looked on course for the net, was hacked away by Max Bardell.

Barry Lewtas’ team went even closer in the 11th minute as Owen Beck’s deep free-kick from the left flank was sent across the area by Billy Koumetio and Melkamu Frauendorf connected with a header – but, this time, the effort was cleared from right on the Derby line.

The Rams continued with their strategy of short passing out from the back despite the Reds’ pressure and the visitors might have made more of an error they forced before the half-hour.

James Balagizi pounced on a misplaced pass and tried to poke it through to the run of Leighton Clarkson into the box, but he could not get the ball under his control.

Clear chances fizzled out as half-time approached and it then arrived with the score still goalless, though Liverpool remained very much on top. 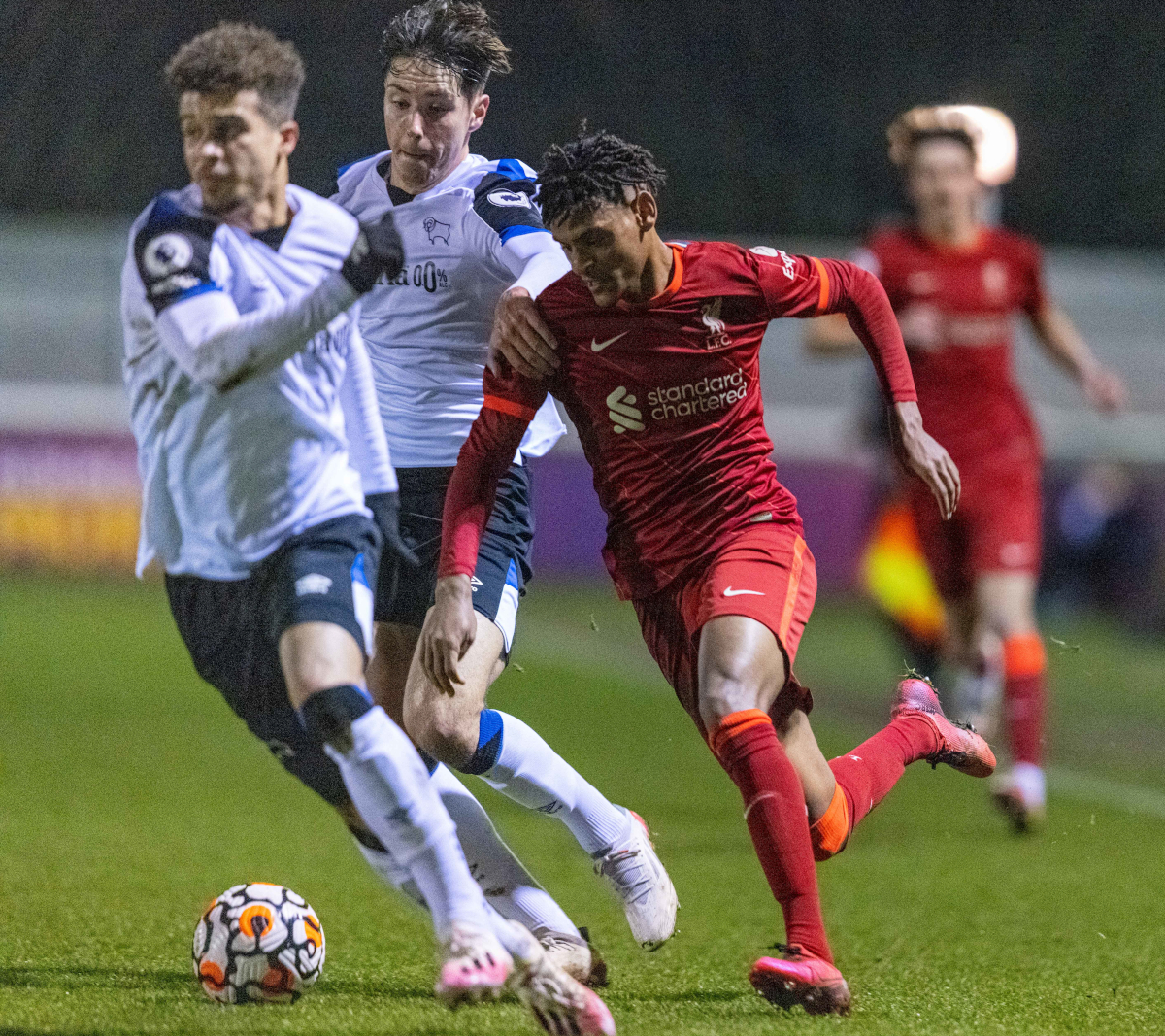 There was a scrappier nature to the contest when it resumed, with little action in either penalty area until a series of Reds opportunities at the midway point.

First, Clarkson’s promising set-piece strike was deflected wide of the right post and then Isaac Mabaya’s fierce hit from outside the box was diverted over the crossbar by an opponent’s touch.

And the best of the three openings followed. Stefan Bajcetic guided an accurate right-to-left diagonal to the feet of Frauendorf in space in the channel, but his low shot on the angle was too close to the goalkeeper’s gloves.

In the end, it was a Derby own goal that handed Liverpool a 72nd-minute breakthrough they will feel they merited.

Norris’ slick pass out to the wing for Beck preceded a wicked cross from the left-back that Cashin cut out – but only with a swipe that sent the ball past his ’keeper.

Bajcetic was inches away from putting a 20-yard curler into the top corner as Liverpool pushed for a second goal that was not required as the final whistle soon confirmed victory.