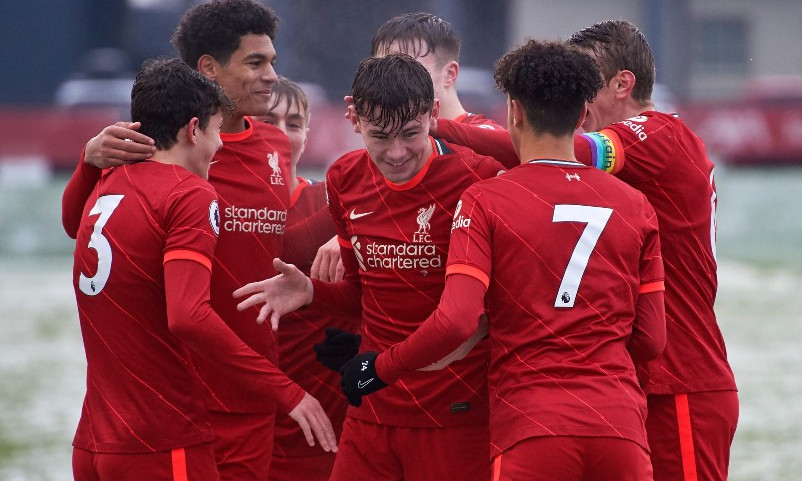 Liverpool U23s returned to winning ways with a resounding 3-0 victory over Leicester City amid snowy conditions at the Academy on Sunday.

Early goals by Max Woltman and Conor Bradley, along with a last-minute strike by Jack Bearne, ensured Barry Lewtas’ side bounced back from consecutive defeats in Premier League 2 in fine style.

The young Reds were two up inside the first 18 minutes.

A lovely move involving Owen Beck and Kaide Gordon ended with Bradley providing a fine cross for Woltman to finish clinically to earn them the lead, before another delivery from Bradley looped over Leicester goalkeeper Brad Young and into the net.

A dominant first-half performance also featured two chances for Gordon, who was twice denied by Young, with Morgan Boyes also seeing a header cleared off the line.

The second period was a more sedate affair, but Bearne – who replaced Gordon just before the hour mark – made it 3-0 at the end as he collected a superb pass from James Norris before finishing well.