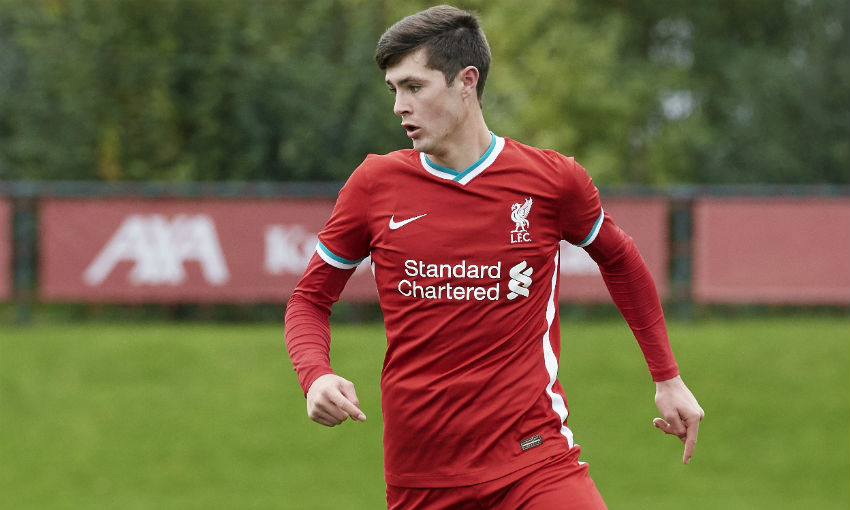 Liverpool FC can confirm Academy striker Layton Stewart is to begin a period of rehabilitation after sustaining an ACL injury.

The 18-year-old, who had netted 17 goals at U18 and U23 level this season, had to be stretchered off the field during last Saturday's Premier League 2 encounter with West Ham United.

No timescale is being placed upon his return and he will now undertake a rehabilitation programme with the club's medical staff.

U23s boss Barry Lewtas told Liverpoolfc.com: "Layton moved up to our group before Christmas and in recent weeks we've been seeing some of his U18s form at U23 level, which was really pleasing.

"Layton has been working so hard on the training field as well, so this is a setback for him and a real shame.

"He is a fantastic lad with a fantastic personality and I'm really confident in the support that we will give him as a club.

"He has a really strong family and his mum and dad will be there to support him as well.

"I know how strong Layton is as well. He will work as hard as he can to get back to full fitness as soon as he can, but there will be no timescale put on that.

"We will just give him all the support he needs.

"Layton has also had some fantastic messages from the likes of Sir Kenny Dalglish and Steven Gerrard, which is absolutely unbelievable, and you expect nothing less from people like that.

"It will mean a lot to Layton and messages of support like that will help him along the way."