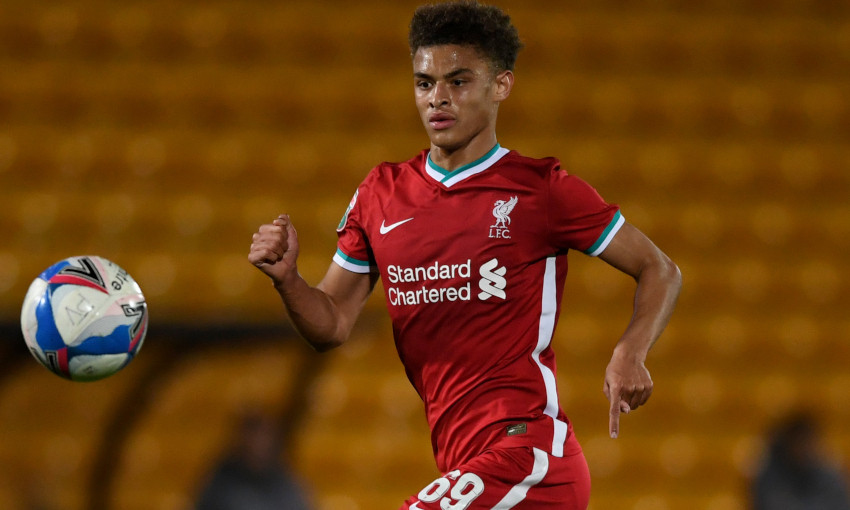 Fidel O'Rourke netted a hat-trick as Liverpool U23s continued their pre-season programme with a 6-0 win over Caernarfon Town at the Academy on Wednesday night.

Sheyi Ojo, Max Woltman and Melkamu Frauendorf were also on the mark for Barry Lewtas' side.

Lewtas told Liverpoolfc.com: "It was another good outing from the boys and we played some really nice stuff. I was pleased for Fidel to get his hat-trick and that will be brilliant for his confidence.

"Fair play to Caernarfon, they tried to play the right way and I wish them all the best for the new season."

The young Reds opened the scoring after just seven minutes when O'Rourke produced a stunning finish into the top corner from distance.

Ojo then doubled the lead with a close-range header after Tom Clayton's rasping drive was saved.

Woltman pounced to make it 3-0 after a wonderful pass from Luca Stephenson picked out the forward at the far post, and Woltman then turned provider as he pulled the ball back to O'Rourke, who produced another clinical finish.

The Reds had a chance to make it 5-0 before the break but Ojo had a penalty saved after Stephenson was brought down.

But O'Rourke completed his hat-trick in the second half, before Frauendorf made it six with a superb strike.