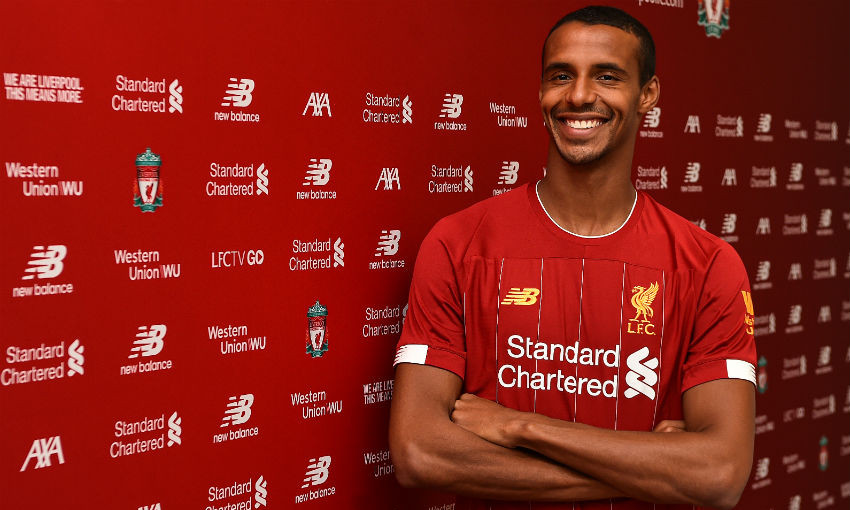 Liverpool may be reigning European champions, and sitting clear at the top of the Premier League table, but after signing a new long-term contract with the club, Joel Matip today detailed why there is a collective hunger within the ranks to ensure they achieve much, much more.

The centre-back committed his future to the Reds by putting pen to paper on the deal at Melwood on Friday afternoon, ensuring his time with the club will extend well beyond his fourth full season on Merseyside.

Matip was, of course, an integral part of Jürgen Klopp’s side’s run to – and subsequent success in – last term’s Champions League final.

His outstanding form has continued into the current campaign, in which he has helped Liverpool open up an eight-point lead at the league’s summit after eight matches.

Nevertheless, when Matip sat down with Liverpoolfc.com to discuss his new contract one thing was abundantly clear: The Reds are not resting on their laurels.

Watch our exclusive interview with the 28-year-old in the video below – and sign up to LFCTV GO and claim one month free.

Alternatively, scroll down to read a transcript.

Joel, first thing’s first, congratulations. How does it feel to sign this new contract?

You were one of Jürgen Klopp’s first signings when you came to the club. What were you expecting when you arrived here at Liverpool?

I didn’t want to expect too much, but it was a great time I had [at Schalke] and I hoped more great times would follow [at Liverpool] and that we’d have a lot of success. I just wanted to enjoy the time. To play at a club like Liverpool with these teammates, it’s a wonderful experience.

Were you aware of the weight of expectation here?

From outside, you know Liverpool is such a big club – but when you are inside, then you really get a feeling for how big the club is. In all the countries, the supporters are everywhere. It’s a massive and big club that I think every player would want to play for.

What do you remember about that first season? Coming to a new country and a new style and everything that goes with it, was it difficult to adapt to at first?

Of course. Before, I had only played in Germany for the same club, so it was completely new for me to go to a new club. The welcome from the club from all the people here was so great that I could settle quite early and in well. Of course, in the beginning it is hard because there are some differences in the kind of play and the club is much bigger. 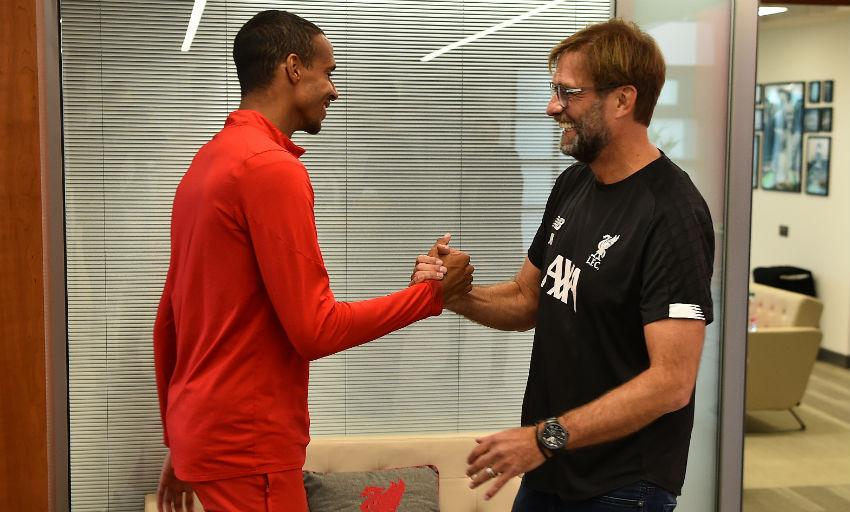 And the style of play as well, was that different to what you were used to?

Of course. It is more physical in the Premier League and it is often quite quick – quicker than the Bundesliga, I would say. The individual quality you have to face from week to week here is really impressive, but my teammates are top and so we can play.

Who were the key men off the pitch, the teammates, that helped you settled in to your new life?

It was the whole club; all of my teammates. All of them were directly friendly and I had never a feeling that I was the new guy. They made me feel at home.

You obviously dreamed of everything when you were a young footballer growing up, but even in your wildest dreams did you envisage where you would be now – a Champions League winner with Liverpool?

This is one of the dreams that every young footballer or young kid has, but normally you know it probably won’t come true. Now I am part of this club and we won the Champions League, that’s something nobody can ever take away from you. I hope something like this will follow on again. 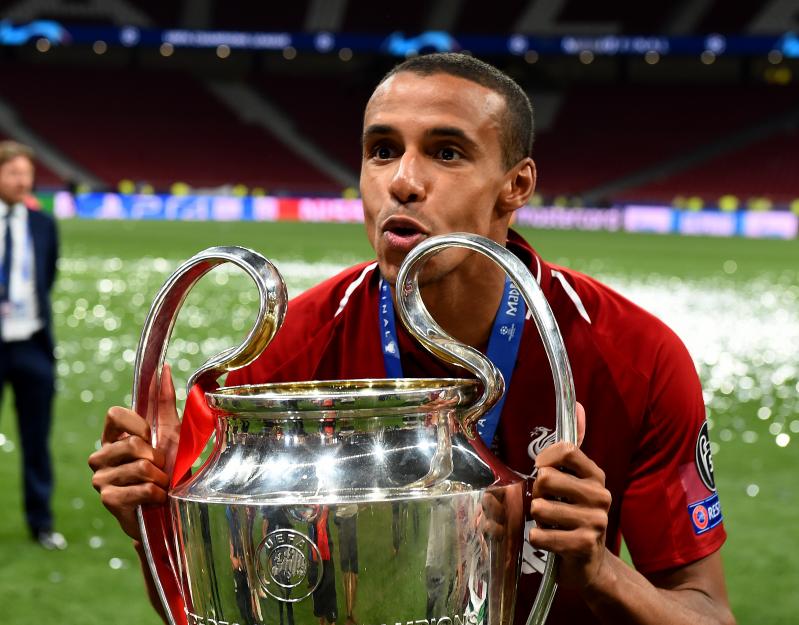 What is your favourite moment from the final?

After the 90 minutes when the referee blew his whistle. Then you know it, it’s done and that you have done it.

Are you somebody who watches things like the trophy lift and the homecoming back?

You will be a Liverpool legend forever now; Champions League or European Cup winners for this club are remembered forever here…

It is great to be a part of the history and to be remembered for things like this, but we are working hard to make us remembered for some more things!

The things you love to see 😍😍 https://t.co/ptjT7bHBWF

Does the hunger intensify when you win a trophy like the Champions League?

Of course. You don’t want it to be the end. We have a young and talented team and I think every one of us is hungry. Now we’ve seen how it is to win something and we want to have that feeling again.

Do you notice the hunger and intensity has changed in the dressing room?

Every one of them was hungry, but sometimes you need a little bit of luck and a lot of work to have this success. We’ve had it now, but we are focused to repeat it and repeat it.

You’re 28 now, this is when they say centre-backs come into their peak years. Is that how you feel now, physically and mentally? The best you’ve been in your career?

You’re a pivotal part of this Liverpool team. How does that feel?

It is always good if you play. I had some problems with injuries, but this belongs to a player’s life. I hope that I am getting better and better, that’s my only target.

You’ve been a first-team regular since the age of 18, so this is a long career you’ve had already. What’s changed about you?

You’ve not missed many games since last January. Did you envisage at this point last year that you’d come into the Liverpool team and you’d be there pretty much ever since?

You always hope and try but you never know how it will end. You try to work hard to achieve this, to be part of the squad and the players who are playing, but you never know. There are some times when you are not playing but you cannot stop, you have to continue.

It must be difficult when you’re not in the team, envisaging a way when you get in and stay there…

Of course, but we have a big squad and every one of us wants to play. We have a lot of quality. There are moments when you are looking from the outside, but you try to work hard to come back in.

Personal accolades don’t sit comfortably with you, but in September Liverpool won three out of three in the league, conceded two goals and you were the PFA Premier League Player of the Month. How did that feel?

As you can imagine, it is not the worst feeling! It is nice, but I just want to look forward and to do the best things in the future. It’s nice to hear it, but for the future it will not help anybody. I just try to do my best in the coming games.

Has it been nice to be missed, having been out of Liverpool’s last two matches and the fans asking when you’ll be back?

It’s nice to hear, but to be honest I hope I stay fit and that I stay part of the team, so people don’t need to miss me!

There were challenges at the start of the season, you weren’t in the team for the first game of the season. Is that something where you draw on previous experiences to say this will come again?

As you get older, you know, you try to work hard to be there if you get the chance. Sometimes it takes longer, sometimes you directly get the chance, but this is how football life works.

That life can’t always be that easy, though. Like at Christmas time…

It is quite hard for us. For me and my girlfriend, we are living here, but in Germany we lived quite close to our families. Christmas celebrations and things like this belong to the life in Germany, but here it is quite difficult to do the same, but we get used to it.

How do you handle it, then? Do you delay Christmas with the family, or do you do it early?

We normally do a small Christmas party – my girlfriend, me and sometimes a few members of our families – but it depends on year to year.

Your family must be so proud of what you’ve achieved…

I think they are quite happy because I am happy – and they were only looking to make me happy and that I was happy in what I am doing. That is the case!

Let’s talk about your partner at present, Virgil van Dijk. What is he like to play with?

He is a complete centre-back – strong at the back and also in attack, at every set-piece he is a threat for every team and everybody is looking to him. He is helping his teammates, it doesn’t matter if you’re a midfielder, or me or the left-back, he makes everybody better. That’s a great help for the team and every teammate. 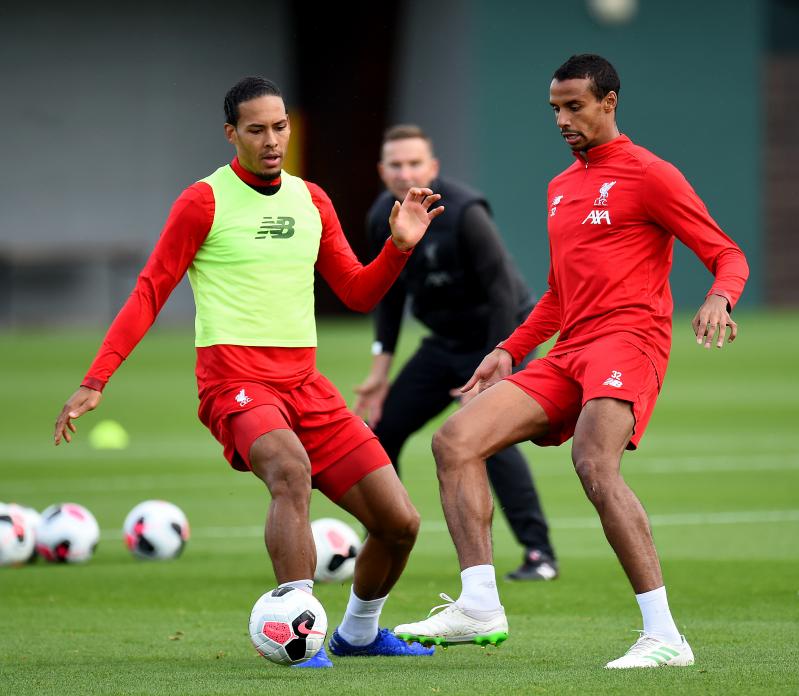 Do you make him better as well? A lot of people have said you do…

I hopefully do! I don’t know!

It is a team game and we have Joe Gomez and Dejan Lovren here, too. Are you all driving each other on to produce your best football?

Of course, there is a lot of competition there, like in the whole team. This makes everybody better. Everybody is not happy the whole time, but if you have this competition then you know you cannot rest for one second because there is another player who can step in and take your place.

You’ve got two goals so far this season, is that something you’re looking to contribute more?

Yes, I want to score more goals. It was a good beginning and I hope a few more will follow, but you never know. I try to work hard and try it.

Is it something you’re working on?

In the last few seasons, I was not that happy with the goals scored because I had a few opportunities. Sometimes I was quite close, but I never scored that often. It is a personal target, but I know my first target is to defend and if you can score then that’s also not too bad for the team!

What is left for you to achieve here?

A lot. A lot of things. You never know how it will end, you just have to work hard and do the best you can do. Then we will see.

In summary, how does it feel sat here with a new long-term Liverpool contract?

It is an honour to be a part of the club. It makes me happy that people think I’ve done a good job and they want to keep me.