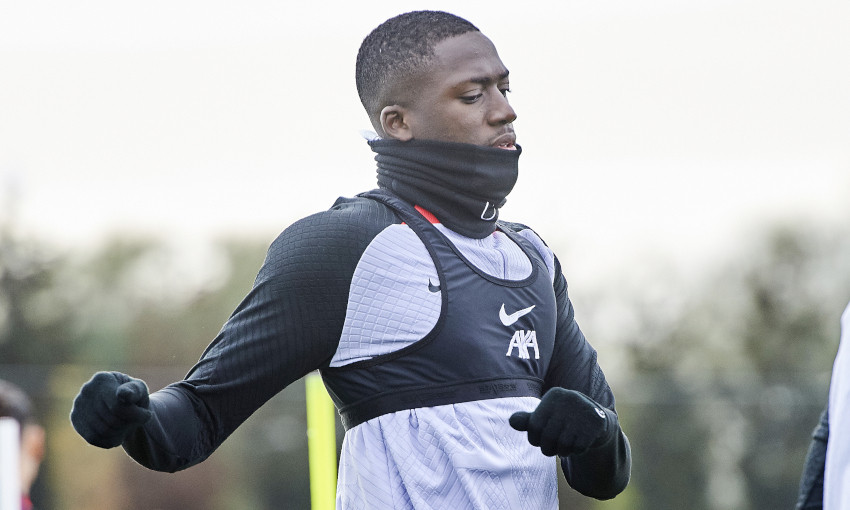 Ibrahima Konate and Calvin Ramsay are available to play in Liverpool's Champions League meeting with Napoli, Jürgen Klopp has confirmed.

Konate is closing in on a return to the pitch, having been an unused substitute in the Reds' last two fixtures after recovering from injury.

Meanwhile, summer arrival Ramsay could feature in Tuesday's Anfield occasion – in what would represent his first-team debut for the club.

Matchday six in Group A, however, does come too soon for Joel Matip.

Speaking to Liverpoolfc.com, Klopp said: "We will see. Ibou, I think there's a good chance that he will have a game.

"And with Calvin, we have to see. That makes now no sense if we have to change a lot of players to bring Calvin in for his first senior [appearance]. Coming on, yeah, for sure – these kind of things should be possible.

"But again, I'm sorry that I don't have more information but that's how it is, one-and-a-half days after a game. That's my situation always, you just usually don't face the press then.

"So we have to wait a little bit but then in the moment when we know who is ready, then we will make sure that these boys are ready for a proper fight."

Asked if Matip was available, Klopp told a pre-match press conference: "No."

On his general team selection for the game, the boss said: "Yes, the chance to react is always good but in this specific situation we have to see a little bit because I stand here and I have no idea who we can line-up tomorrow night.

"So that's our situation and obviously we qualified last week against Ajax, which was extremely good and extremely helpful. But we had, even when we lost it, a pretty intense game against Leeds and now we have to see.

"So yesterday was recovery, we heard already a couple of knocks here and there – nothing serious but we will see.

"And Napoli, I'm not sure [if] you follow the Italian league but if you do, then they're in a good shape, in a good form. So they're probably the team in form in Europe in the moment, to be 100 per cent honest.

"So that will be a tough cookie but we, of course, want to show a reaction and we just need to have a look with who we can do that."