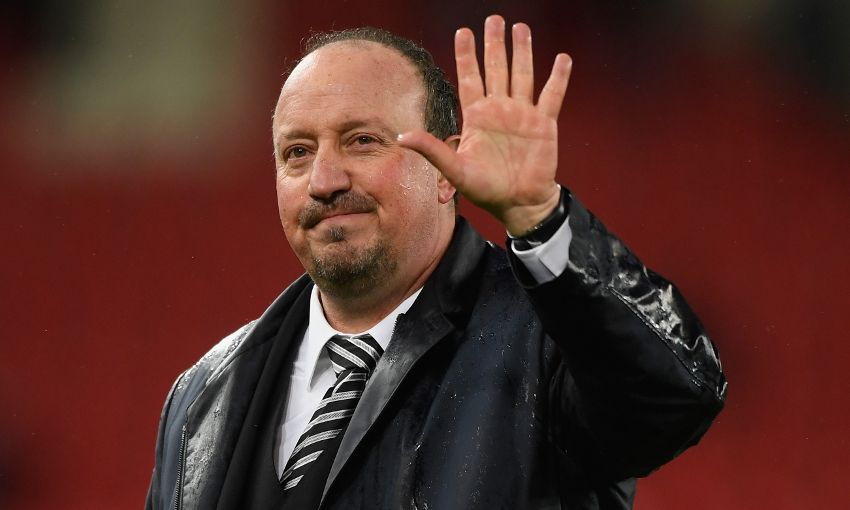 The view from Newcastle: Watch out for the Rafa effect

Rafael Benitez wishes Liverpool every success but will park that sentiment for one day when Newcastle United visit Anfield on Saturday.

The Spaniard, who took charge of the Reds from 2004 to 2010 and secured the European Cup and FA Cup during his tenure, returns with the Magpies for a Premier League meeting.

Benitez retains a warm relationship with the club and fans, and is looking forward to another reunion, but has to concentrate on claiming a result for his current team.

“The main thing for me is to try to win. I wish Liverpool all the best, but after this game. We have to do our best,” he commented ahead of the match.

“[My staff and I] won so many things there. Six years, four trophies. We enjoyed every minute. Their fans and our fans are very similar. The connection is there.”

Liverpool broke the 100-goal barrier for the season by putting four past West Ham United last weekend, with Roberto Firmino, Sadio Mane and Mohamed Salah all on target to increase their tally to 66.

Benitez hopes to use the template that thwarted Manchester United in a 1-0 success for Newcastle on home soil to keep the Reds trio at bay.

“They have the pace to play counter-attack. They are really good. When they have the ball, the pace, the ability, it is so difficult and we have to take confidence from our win against Manchester United into the game,” he said.

“It’s not just [Salah]. Firmino, Mane, anyone can be a threat. They have pace and energy – not just him. We have to try to control everyone with concentration and intensity.”

The view from Newcastle: Watch out for the Rafa effect

The view from Newcastle: 'We're head over heels with Rafa'