Ahead of Liverpool's Premier League meeting with Newcastle United, we got a comprehensive view from the opposition on what to expect at St James' Park today.

With Rafael Benitez in the home dugout and the Magpies having made a sound start to the new season, the Reds anticipate a tough workout in the north east.

For more detail on how the hosts are likely to approach the game, the relationship between Benitez and his current club’s fans and the top tips for travelling Kopites, we spoke to football writer and Newcastle supporter Matt Ketchell…

Results have been much better for Newcastle in recent weeks. How satisfied are you with the season so far?

Pretty satisfied considering the living nightmare our transfer window morphed into. What you’re seeing is Rafa squeezing every last drop of ability out of the players who he’s been left with. We started the season with one recognised left-back in the entire squad (Paul Dummett) – quite frankly a disgrace that a Premier League club can be that ill prepared going into a season. Naturally, he pulled his hamstring about 20 minutes into the opening game so now we’re playing our back-up centre-backs there. Great, eh?

The mood at the start of the season was really strange amongst fans. We were obviously delighted to be back in the Premier League but became increasingly infuriated with the lack of support Rafa was getting from Ashley and the board. We also became terrified Rafa would walk at any minute, which would pre-empt the entire club tumbling helplessly into a black hole. I can’t stress how many fans are in last-chance saloon with the club and the current regime. Particularly fans in their 40s and 50s who would’ve been too young to remember our last piece of silverware (Fairs Cup 1969). If Rafa goes, it’s the last straw for many. Not myself, I’ve got a few more crises in me.

We’ve not turned up in two games and lost both (Huddersfield and Brighton), really disappointing as those are the teams around us and who we need to be nicking points off, the Brighton one in particular as that would’ve been four wins in a row and generated real momentum. The opening-day defeat to Spurs we’re blaming entirely on Shelvey.

Have you seen enough to suggest you will stay in the Premier League?

Yes. West Ham and Stoke were both very poor. Swansea were also completely average despite landing marquee loan signings we were desperate for in Sanches and Abraham. Palace are a mess as well. Also, I can’t remember ever watching a more organised Newcastle defence in 25 years watching the club. That’s not really saying much given the managers we’ve had, but everyone at the back clearly knows what they’re doing. Every one of our defenders looks committed and they move very nicely as a unit. It’s quite simply the Rafa effect. He’s constantly in the technical area, squeezing his hands together shouting “Compact!” at the defence. It’s working and will keep us in the league.

Who have been your key performers in these opening weeks?

Jamaal Lascelles has gone up a level, a real leader. He let himself down at times last season with lapses in concentration, poor movement and ‘Steven Taylor moments’ where he’d attempt clearances with all the grace of a folding deck chair. He seems a bit more consistent this season and is a genuine threat from set-pieces (are you reading, Jürgen?).

Also, Mikel Merino has been a revelation in midfield. This kid is superb. On loan from Dortmund, the deal becomes permanent if he plays a certain amount of games (rumoured to be 20) and we get him for £7m. An absolute bargain. He plays with his head up, he’s tall, strong, capable of killer through balls and diagonals. Wins back possession all the time. Proper real deal player. Similar to the Cabaye situation, it’s becoming quickly apparent that he could become too good for us and move on soon. But a great find by Rafa. Check out highlights of him for Spain U21s against Italy last month. Scored one, made one. Superb.

Shout-out to Matt Ritchie, too, who has been racking up the assists. He’s sometimes over-committed in challenges, though, picking up needless yellows. If he can calm down in that department I’ll be happier.

Only five goals conceded but just six scored. Is Benitez setting you up to be hard to beat and try to nick games?

Yeah, classic counter-attacking Rafa, eh? That’s why we worried a bit last season. We wondered how easily he could adapt to the Championship teams parking the bus. What often happened was we’d take the lead then sit back, which wasn’t great and we got caught out by that a few times. Rafa can be very cautious and, as Newcastle fans, we’ve had to get used to that a bit. We look decent at the back, but we’ve compromised the threat up front by doing that. Hopefully Joselu, Gayle and Mitrovic have enough between them to get the goals we need. 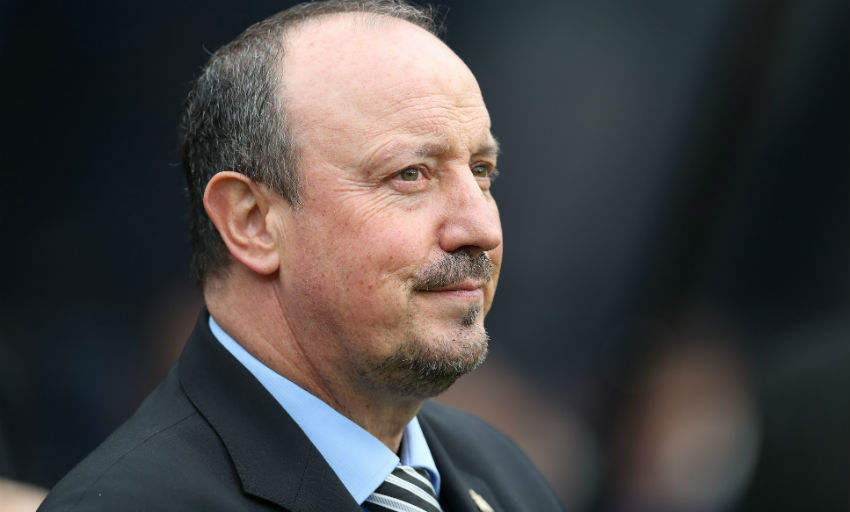 Benitez was loved by Liverpool fans. What kind of relationship has he built with the Newcastle faithful?

Oh, we’re head over heels – Keegan and Bobby Robson levels of adulation. We can’t believe he’s in charge of our club and we are trying not to take it for granted. Similar to his support of local Liverpool campaigns and charities, Rafa has quietly forged links with The Bobby Robson Foundation and organised kids’ tournaments and get-togethers with the club’s own Foundation. He’s given up his time for talk-ins and local radio shows too. Last year he took the coaching staff on a tour of the region, visiting key monuments like The Castle Keep, The Angel of the North and Durham Cathedral and spent time learning about the history and culture of the north east. I believe he’s also lent support for a fantastic club initiative involving a foodbank from the west end of Newcastle. They have set up collection points at the stadium on matchdays and literally tons of food is being donated every month. Isaac Hayden has visited their HQ at least twice too. Rafa has also engaged fanzines and hosted them individually at the training ground and given them hours of time off the record to explain his vision and philosophies. It really makes you feel great about the future of the club as long as he’s here.

There are a couple of familiar faces in the team too, in Jonjo Shelvey and Javier Manquillo. Are either likely to feature on Sunday?

Manquillo was a last-resort free transfer when it became apparent Rafa wasn’t being backed financially. He played the first three games and did a job to his credit, but now DeAndre Yedlin is fit I imagine he’ll get the nod as he did against Stoke and Brighton. Shelvey is an interesting one. He let us all down against Spurs, did his suspension but in the three games since he’s started on the bench. Against Swansea he wasn’t even brought on, a clear message. The bigger picture is Shelvey and Merino aren’t compatible. Shelvey will roam, push forward and drop back when he feels like it. A very natural footballer but he won’t track men and drop into defence if a defender gets pulled out of position. To ask Merino to carry Shelvey’s water nullifies our best player of the season so far. I’d like to see Rafa try them together but I fear it won’t work and Hayden will have to play each game alongside one or the other.

Which Liverpool player worries you most?

Mane. Love the guy. Racks up Fantasy Football points like no other as he’s down as a midfielder! Scary pace and finishing, but he’s also a brave player. I remember watching him get some really rough treatment at Goodison Park last season before having the last laugh. Also, the Ederson incident, it only came about because Mane was so committed to win the ball. Other strikers would’ve bottled that. It was a brave challenge by both players I thought. Unfortunately, Ederson got injured and Mane got red-carded.

Any tips for Reds fans travelling to the game?

Get into the ground a good 30 minutes before kick-off if you can (give yourself plenty of time for the Level 7 stairs!). Supporter group Gallowgate Flags are planning a huge flag display with nods to Rafa and club legends, similar to what you lot do very well on The Kop. It’s taken us a while to get something like this organised but it’s been happening since the start of last season with the blessing of the club and probably Rafa too.

First goal is massive. I’d really fancy us if we get that. I don’t see the swagger of a top-four side about Liverpool at the minute. If we can nick the lead and get the noise level up we could do damage. Similarly, if you score I can see your boys controlling the game and making it a very long afternoon for us. Fingers crossed for another 4-3 but to us this time!