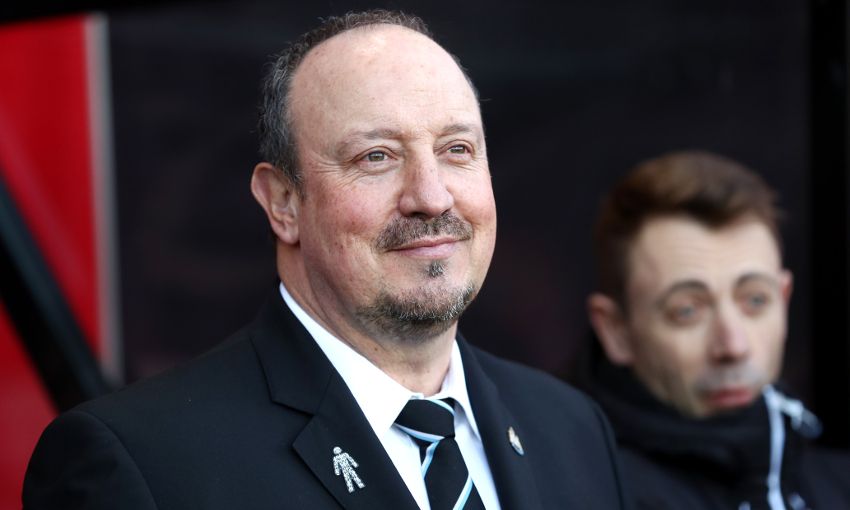 'I need to be vocal' - Virgil van Dijk on leadership

Rafael Benitez's influence could be the key factor in earning Newcastle United a positive result at Anfield this afternoon, argues Matt Ketchell in our view from the opposition.

The former Liverpool manager brings his Magpies team to Merseyside for a Premier League clash that is crucial at the top and bottom of the table.

Jürgen Klopp’s Reds hope to build on last weekend’s home win over West Ham United, while the visitors are on a four-game unbeaten run as they attempt to avoid relegation.

For a detailed lowdown on what to expect from Benitez and his side today, read our insightful Q&A with Match of the Day magazine writer and Newcastle fan Matt…

Four games unbeaten and 15th in the table – how is the mood in the Magpies fanbase?

As ever with our bi-polar support it ranges from gloriously optimistic to hopelessly doomed. The Manchester United result was huge for us; we’d been playing solidly in the build-up to the game but weren’t getting the rewards. Our team has a genuine spirit about it (which the relegation sides of 2009 and 2016 definitely did not have) and we’re very organised, as any side with Rafa gesticulating wildly for 90 minutes in their technical area would be. We’re hampered by a lack of quality up front and a bit of creative spark out wide. Defensively, we have a tendency to lose focus and concede goals that could be prevented with better defending. In fact, the last goal we conceded that we genuinely couldn’t do anything about was probably Coutinho’s wonder strike at the Gallowgate End in October.

Benitez’s stock seems pretty high with supporters. What would his status be if he keeps you in the Premier League?

Well, we’re ready to unveil his statue and rename the East Stand after him already, so if he keeps us up I reckon we’ll be in talks with Gateshead Council to replace the Angel of the North’s head with his.

How do you expect him to approach this one?

Probably similarly to Manchester City away in January. I’d expect to see a 4-5-1, but he has a bit of a selection head-scratcher. Gayle scored twice against Bournemouth so it would be harsh to drop him. Rafa would probably prefer to start Joselu up front in this one. His goal contribution has been average but he is an absolute grafter, presses all game and wins more headers than pretty much everyone in the league except Peter Crouch. Typically, Gayle came off with a hamstring strain against Bournemouth so that might be Rafa’s excuse to start him from the bench and let Joselu take the strain for 75 minutes.

Who should Reds fans be worried about in the Newcastle team?

At the minute everything is happening through Shelvey, but he picked up a knee knock in the last game and looks very doubtful. Our best player so far in 2018 has probably been Mo Diame. It seems incredible to say that after watching some of his performances before Christmas. But now he’s really bossing midfield – breaking play up and recycling the ball to our more creative players. I’d love to know what’s changed as he really has upped his game, almost overnight. 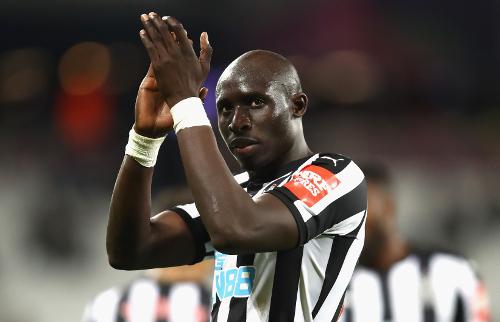 What impact have your January signings had so far?

Our new Slovakian ‘keeper, Martin Dubravka (on loan from Sparta Prague with a view to buy), looks very decent; calm, composed, good with his feet and a decent size. He’s a Rafa find from what I’m told. A debut clean sheet against Manchester United shows he has the temperament for this league. Kenedy is very lively, lots of flair but quick and strong on the ball too. I’m already gutted we’ll have to give him back to Chelsea at the end of the season. He’s very suited to our fans. An edge-of-the-seat-type player, socks rolled down, shirt untucked, ducking and diving defenders, unpredictable and he delivers a stunning corner, something we’ve been lacking for about 10 years. The only thing with him is he’s arrived with hardly any match fitness and is yet to complete 90 minutes for us in four attempts. Slimani has barely been off the treatment table since he arrived, which is frustrating.

There have been many classic games between the sides in the Premier League era. Which is your favourite?

Without a doubt our 2-0 win at home towards the end of the 2011-12 season. It took us to within touching distance of the Champions League (we missed out on the final day at Everton). But that afternoon was a delight. Brilliant atmosphere, sunshine, Andy Carroll booked for diving when he had an open goal to hit, Jose Enrique going in goal and mavericks like Papiss Cisse and Hatem Ben Arfa running the show up front. A rare oasis in a sea of misery against you lot. 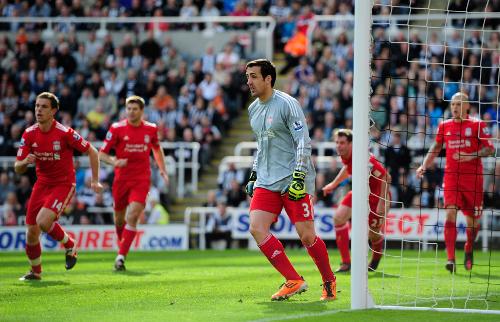 As an away fan, what do you enjoy about going to Anfield?

The place just reeks of history. A legendary cathedral of football, very tastefully updated recently too, I thought. You always feel close to the pitch as an away fan too, which is great. Also the Kop’s flag displays before kick-off are superb, we’ve finally tried to replicate something similar this season at the Gallowgate End but it’s not been easy. I have memories of being in the Anfield Road End to watch us go 2-0 up in 1998 (via Andreas Andersson!) only for a young Michael Owen to terrorise us (whatever happened to him?). We lost 4-2.

Finally, what is your prediction?

I sit among the more optimistic ranks of our support, so I’m going to go with a score draw. We’re so much better away from home, we’re unbeaten in four and have scored first in all those games. Plus, the Rafa effect, man. He’s a special manager.