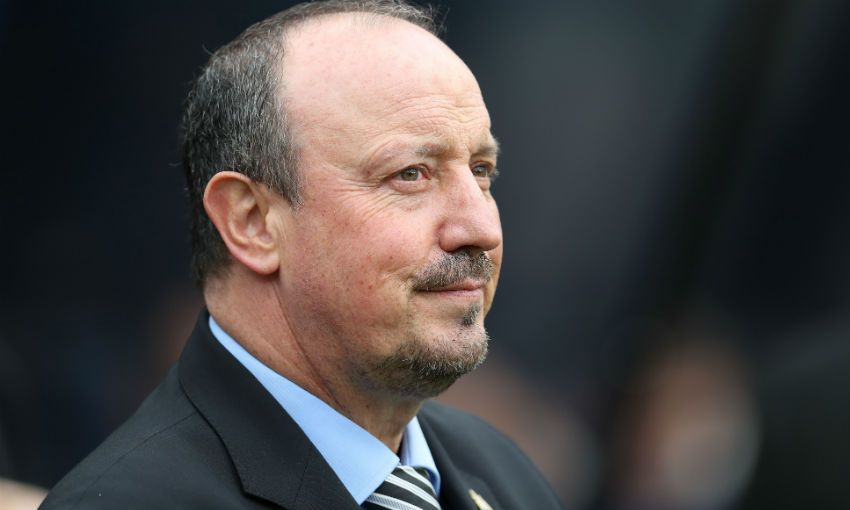 Jürgen Klopp has spoken glowingly about Rafa Benitez ahead of Liverpool’s trip to Newcastle United, but the Reds’ boss doesn’t expect his cordial relationship with the Spaniard to have any effect on Sunday’s game at St James’ Park.

Magpies manager Benitez is still revered on the red half of Merseyside for his achievements during his six-year tenure at Anfield and his ongoing connection with the region.

The 57-year-old will take charge of a team against Liverpool for the third time since his departure from the club in 2010 this weekend, and Klopp is looking forward to pitting his wits against a man he knows well.

“I met Rafa once when he was manager of Liverpool - we beat him 5-0 with Mainz, hopefully he remembers that!” the manager said, with a smile, at Friday’s pre-match press conference.

“The rest is history, the big success. We met meanwhile for sure 10 or 15 times in different occasions and it was always really nice, to be honest.

“He’s a very, very interesting person, so we always had a good time. I know he’s still connected, not only because he lives around here still, he’s really connected to the club still, wishes the club all the best and all that stuff - it’s how it should be after this fantastic time that he had here.

“Even in pre-season and the summer break, we had talks. I know him better than most of the other colleagues in the Premier League, to be honest, and it’s nice but it has not the biggest impact, I think, on the game.”

Benitez led Newcastle to the Championship title last term and the north-east outfit currently sit in mid-table in the Premier League, having collected nine points from their first six games of the campaign.

Klopp, then, is well aware of the test his side will face at St James’ as they bid to build on last Saturday's win over Leicester City.

“It’s the foundation, it’s our basis, it’s how it is and that’s what we want to use. Actually it says nothing about the Newcastle game,” he replied, in response to a question about Liverpool’s start to the season.

“I had the opportunity to see the full game against Brighton last week - good team, well organised, unlucky with the goal I would say, it was a wonderful goal at the end but there was a lot of discussion about whether it was a foul or not, so of course that’s a little bit unlucky.

“So we know about the quality, the situation, points. We knew immediately after Moscow, it felt like a defeat but it was no defeat and afterwards we know more about Moscow, more about Sevilla, [we have] two points.

“It doesn’t sound too well but everything is possible for us. Eleven points [in the Premier League] sounds not perfect but on the other hand, it’s not that we cannot see the other teams any more. But it’s only the basis, which we have to use.”