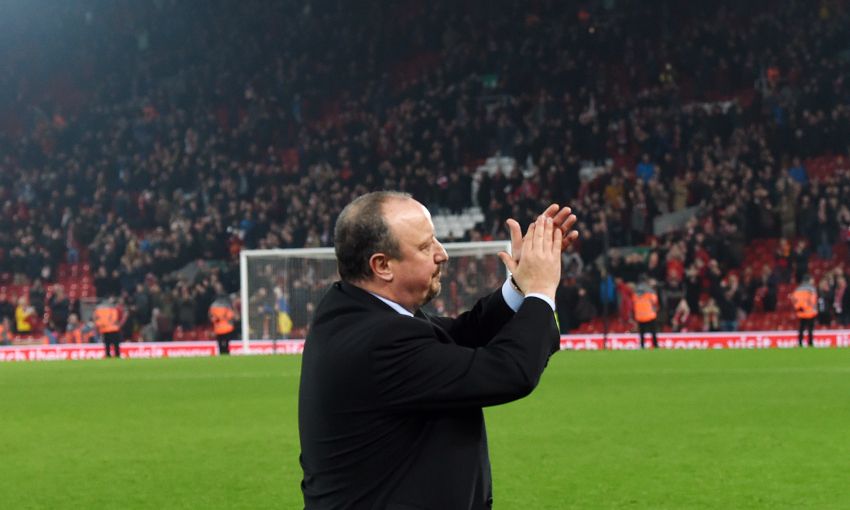 Rafael Benitez paid tribute to Liverpool supporters for the warm reception he received once again at Anfield on Boxing Day.

The former Reds boss, now in charge of Newcastle United, brought his team to Merseyside for a Premier League clash ultimately won 4-0 by the hosts.

It was the fifth time Benitez, who led Liverpool from 2004 to 2010 and lifted the Champions League during his first season at the helm, returned to Anfield as a visiting manager.

His name was sung on several occasions by the home crowd in recognition of his standing among supporters – a gesture appreciated by the Spaniard.

“I have to say thank you very much to our fans, the Newcastle United fans – and also to the Liverpool fans,” Benitez told BBC Sport.

“My relationship with the city, the fans and the club is fantastic and will be fantastic forever.”