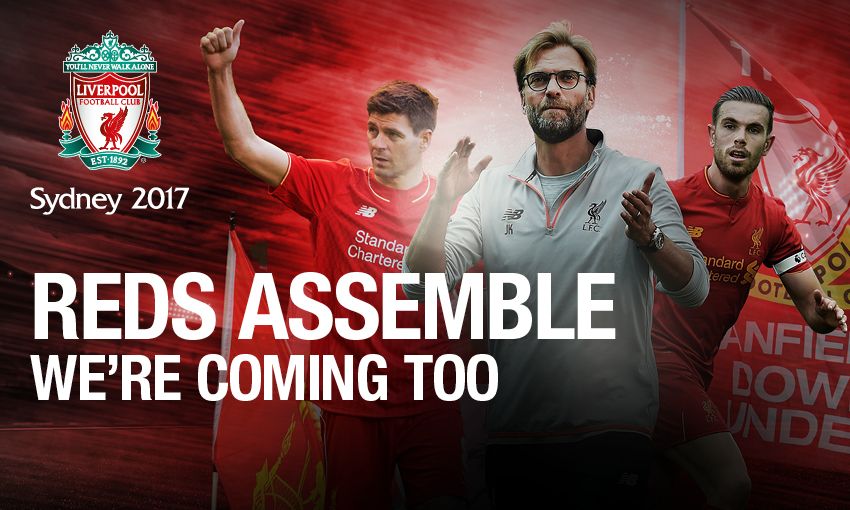 Four Liverpool FC legends will join Jürgen Klopp's men in Sydney this May when they play a post-season game against Sydney FC.

Steven Gerrard, Jamie Carragher, Daniel Agger and Steve McManaman will join the first team on the pitch at the ANZ Stadium in an LFC first.

The unique concept has been inspired by the club’s 125th anniversary, which will be officially marked on June 3, 2017, when a season-long celebration will begin.

Former Reds captain Gerrard, Carragher, Agger and McManaman will complete the team of past and present players who will play this special game in honour of the club’s rich heritage on Wednesday May 24.

Gerrard said: “It will be an honour to pull on the red shirt and play football with an outstanding squad and former teammates – this is what Liverpool is all about, celebrating the family that has been around for 125 years.

“Our fans in Australia always give us a warm welcome, so it’ll be a great feeling to see the ANZ Stadium turn red on May 24.”

Tickets for the game are on sale now at www.ticketek.com.au/lfc.

'I just love the hustle and bustle of the Merseyside derby'