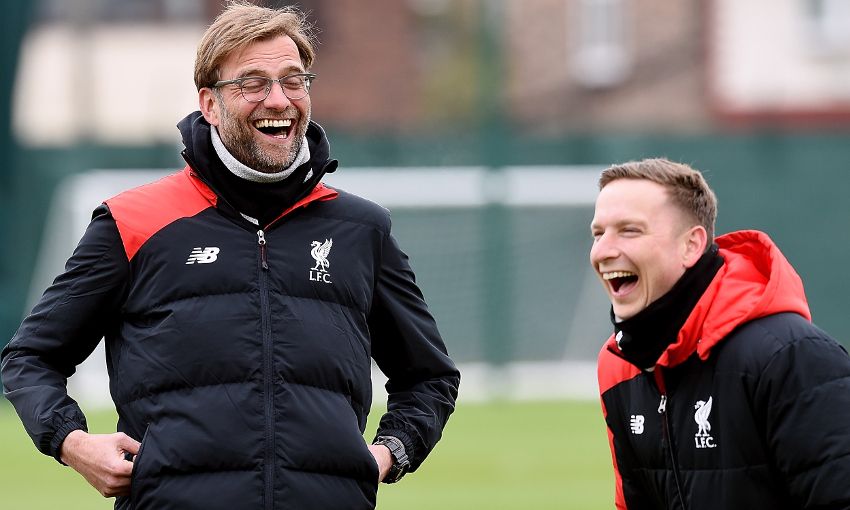 Jürgen Klopp and his coaching team are fully deserving of what is sure to be an emotional reunion with their former club Borussia Dortmund, according to Pepijn Lijnders.

The German and his two closest allies, Zeljko Buvac and Peter Krawietz, will return to the scene of some unforgettable successes when the Reds take on BVB in the first leg of the sides' Europa League quarter-final tie this evening.

The trio helped bring two Bundesliga titles and a German Cup to Signal Iduna Park during a seven-year stay, as well as leading a charge to the Champions League final in 2013.

And Lijnders is happy to see his colleagues' work rewarded with a 'special' meeting between two of Europe's most iconic clubs.

"[They'll need] emotional control! For me, it’s easier of course, but I can imagine having worked at FC Porto for many years, it would be amazing to go back and play against them like this," he told Liverpoolfc.com.

"In the first year, for Jürgen and the staff to go back, it’s special for them and they completely deserve it for what they did there.

Of course, while he is excited by the prospect, Lijnders is anticipating two extremely difficult games against a team who have been singled out by many as tournament favourites.

"At this stage, you don’t have teams who don’t want to play," he added.

"You see the best teams and it’s the teams who attack the best, who don’t use possession to play but to really disorganise the opposition, advance up the pitch, get their best players on the ball, to take the initiative for all positions on the pitch.

"Each player has the capacity to outplay and create. Those are the teams that go furthest in the league and in the European competitions.

"It’s an amazing setup and a good game for us. It’s really important and we’re looking forward to it."