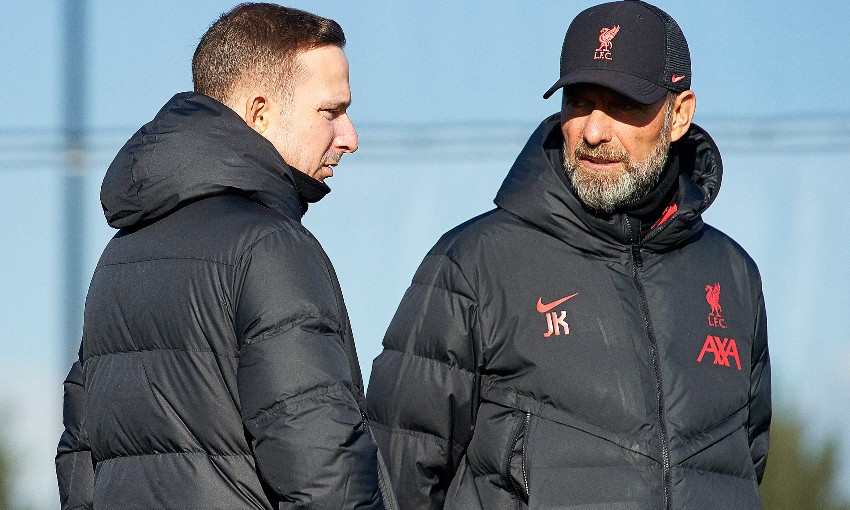 Pepijn Lijnders has detailed Liverpool’s intention to create a foundation upon which they can attack the rest of the season during their Dubai training camp.

The Reds will reconvene for a 12-day trip to the UAE in December after beating Southampton 3-1 in their final game before the World Cup at the weekend.

They will meet AC Milan and Olympique Lyonnais in friendlies while in Dubai and Lijnders has explained why Jürgen Klopp and his coaches believe the time there will be of significant benefit to the squad before their campaign resumes against Manchester City on December 22.

Read Liverpoolfc.com’s interview with the assistant manager below.

What is the plan for this mid-season break? Will the players who are not going to the World Cup get some time off before you meet up again for the Dubai trip?

It’s an exciting time for a lot of our players. Competing on the highest level has a lot to do with honour and, to be honest, competing in a World Cup must be something so special. So, first of all I wish them all the best. Hopefully they reach their highest levels and come back with a good feeling. Try to enjoy it, try to experience fully, because these tournaments are once in a lifetime – and I don’t want to put any pressure on him but Virgil has to come back with something, haha!

I will follow the tournament as someone who loves the game, who loves the opportunity that football cultures can show the world what they are all about. The last years have been incredibly hard for our boys, the levels they reached, game in and game out, every three days, it made us successful. With long spells of high performance, players can become mentally tired. A lot of people mistake physical tiredness for being mentally tired, but we all know that the mind and the body are one. So, yes, it gives us a chance to give the boys few weeks without needing to prepare for a game, to not hear our voices shouting at them that they have to give more. Now they can go to bed knowing that the day after there isn’t an intense training session planned for them, but just a dinner with the missus and some family or friends. Hopefully it will take them out of their high-performance routines and gives the mind a nice break.

We will report in Dubai with a fresh and hungry mind to prepare the second half of the season. We still have our same target; create special games and memories together. There is still a lot to play for. We know we weren’t good enough [so far this season] but one thing will not happen, we will not stop nor give up. In all layers of society, it’s in these times people get separated: the ones who make one step forward and the ones who make one step back. The AXA Training Centre is full of people who make a step forward, the ones who take responsibility and not the ones who shield behind the others.

What are the benefits of the Dubai training camp?

Too many to describe here. It’s about togetherness, off-the-pitch professionalism, creation of team spirit, a staff who work very efficiently towards one target and above everything, real time to train. Real time for dedicated and specific team training. It’s time to create a base for the second half of the season to recover our pride. Sometimes you need to lose something to realise what it took to have it. Hard work and dedication brought the cups to us, without it we are nothing special. I have to give Ray [Haughan] and Louise [Dobson] a big compliment for how they always make sure we can prepare in the best conditions possible. These two breathe high performance on the elite level and honestly this isn’t easy: no excuses and always searching for the next step. For example, they started the process of the Dubai training camp 18 months ago to ensure we got the best elite facility possible, before any other team. 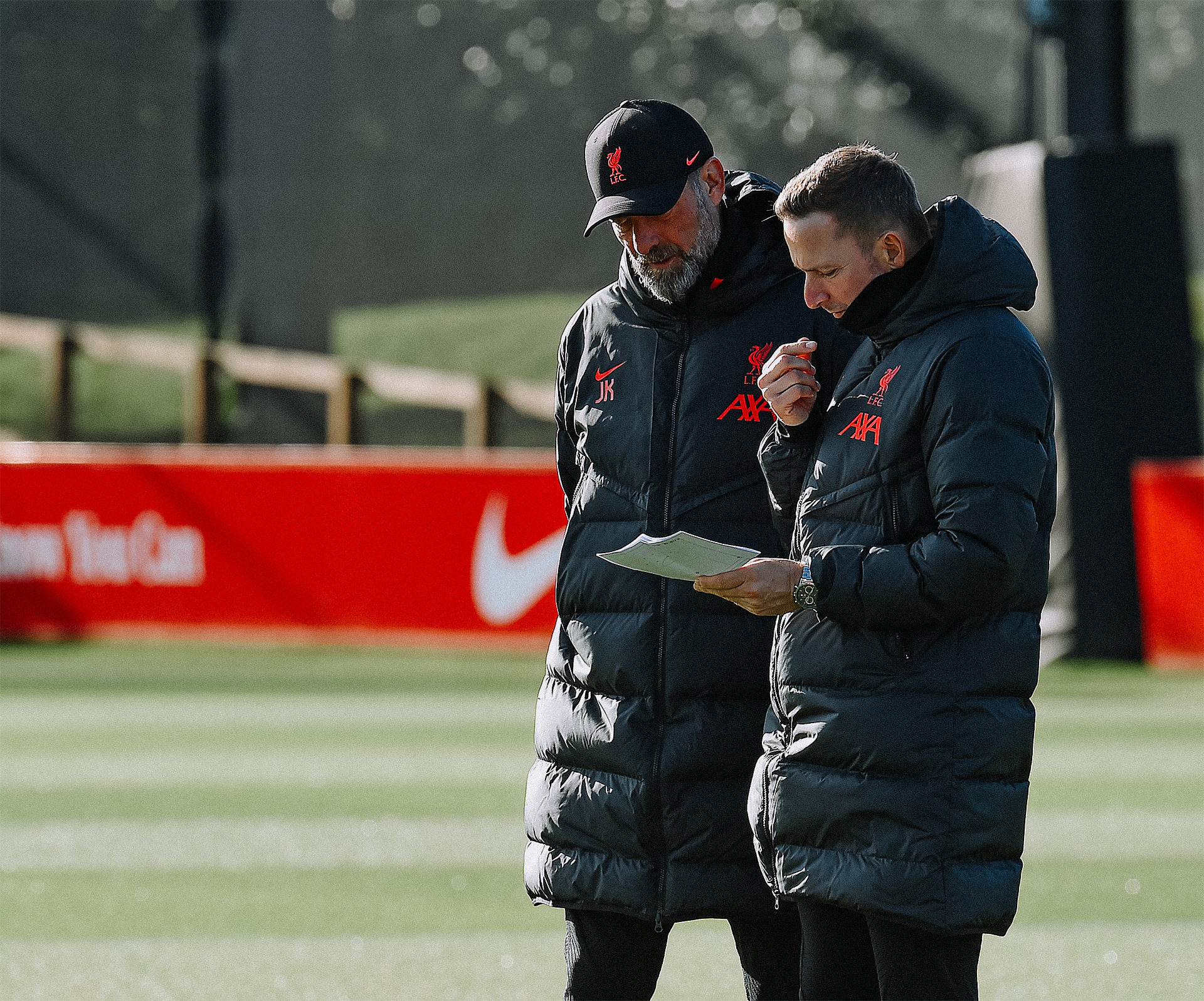 The pre-season in the summer was very short, so do you see Dubai as a second pre-season?

How I tried to explain before, the boys need time to recover, especially after long spells of fighting for prizes. I wish we could have given them even more time off in the summer, but the Community Shield was already around the corner. Honestly, Austria and Singapore were very good, we worked hard and grew together. I look forward to it, a lot is already prepared and we just need to find the right energy to give to the team. For the boys who are in the World Cup it will be again an insane season, every three days inside the world’s most intense league, competing in the knockout stages of the Champions League and fighting for the domestic cups. We are asking a lot, but we have to ask more, ask for better, and then success will follow again.

Is the plan for Luis Diaz and Diogo Jota to travel to Dubai to continue their recoveries from injury?

Luis definitely, if everything goes to plan. We can’t wait to see him back, he is this player who smiles when he has the ball at his feet. Diogo will join us to continue his rehab. The conditions to train and recover in Dubai are just very, very good. A change of scenery is always a welcome factor when recovering from a long-term injury. 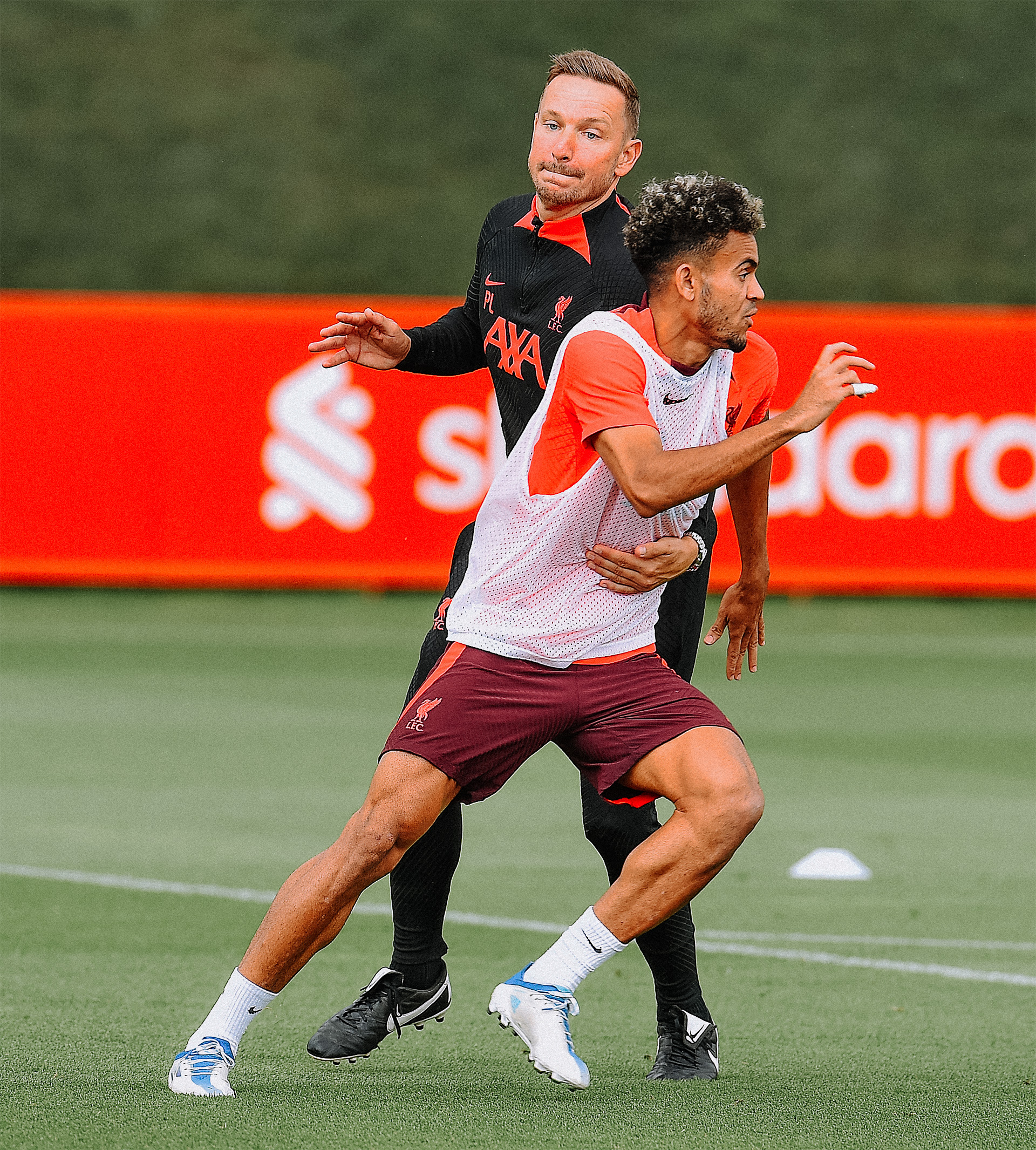 How important will the two friendlies out there be to help the players regain match sharpness?

I’m a big believer that the game teaches, the game is what unites us, what makes us a collective. So, we will use the two games trying to show our hunger, our commitment, knowing that we have to improve.

Finally, is the fact Dubai is close to Qatar one of the reasons that it is the best location for the camp? It would be easy for any players who get knocked out of the World Cup to join up with the squad…

Absolutely. You search for a combination of quality pitches, good infrastructure and a spot that can create atmosphere and togetherness in the team. We find all of this in Dubai. The weather will be warm and that will create some difficulty for training, but that’s not bad at all while preparing for the tough months coming.