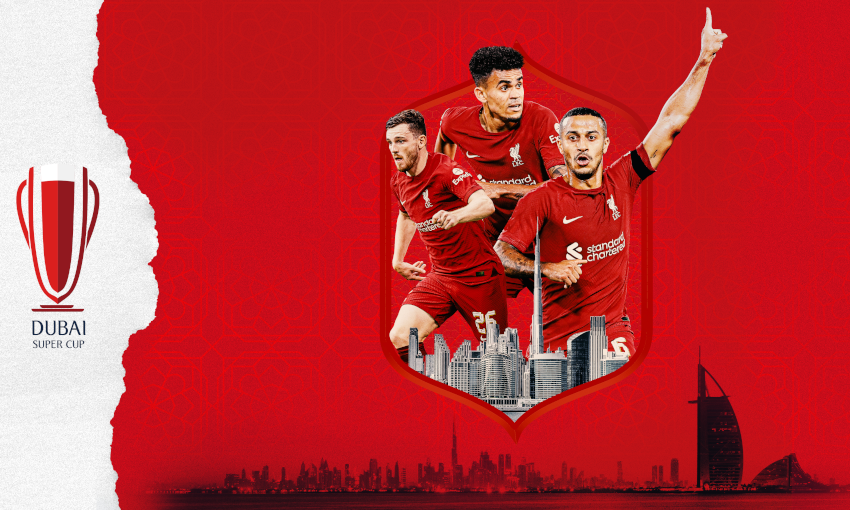 'I wanted to stay one more year, but my time at Liverpool was special'

Liverpool will be involved in the Dubai Super Cup as part of their warm-weather training camp this month – here's all you need to know about the tournament.

The eight-day tournament consists of four teams – two from the Premier League, along with representatives from Serie A and Ligue 1.

In a league format, each team plays two fixtures – with a penalty shootout taking place after every match.

Three points are awarded to the match winner, while a draw will see two points given to each team.

The side victorious in the penalty shootout receives a bonus point.

The club with the highest number of points at the end of the tournament will be the Dubai Super Cup winners.

All of Liverpool's games will be broadcast live and shown on demand on LFCTV GO.

Live coverage is also available on LFCTV for viewers in the UK and Republic of Ireland. T&Cs will apply.

Tickets for all games can be purchased at www.dubaisupercup.ae.

The Al-Maktoum Stadium will stage all of the tournament's games.

The ground holds around 15,000 spectators and is the home of UAE Pro League outfit Al-Nasr SC.

The visit of Bob Paisley's Liverpool side opened the stadium back in 1978 when they played a friendly against Al-Nasr.