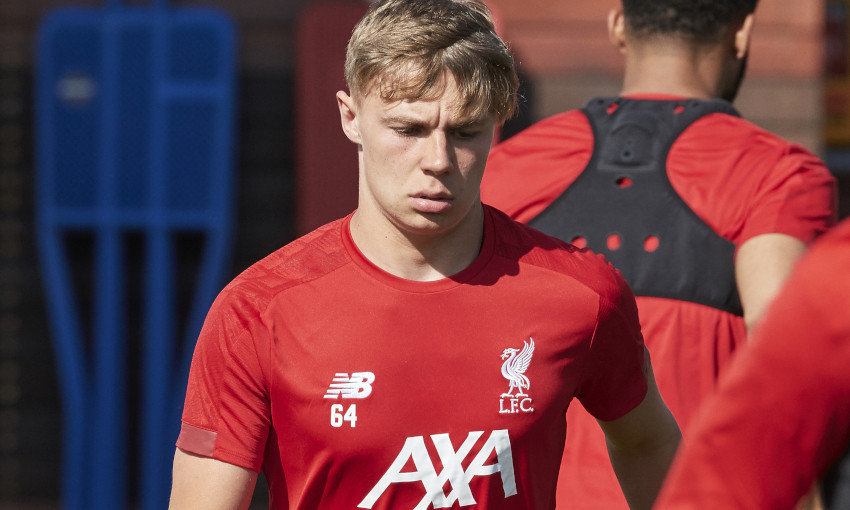 Patience is certainly a virtue for Paul Glatzel.

Nine months of careful rehabilitation from the anterior cruciate ligament injury he suffered last summer have brought the Liverpool striker close to a return to the pitch.

The 19-year-old was on course to begin training again this month, a symbolic step on the long, emotionally challenging road back to playing football.

That stage of his recuperation has, by necessity, been delayed by the current COVID-19 outbreak and the requirement for players to maintain fitness by following individual programmes at home.

But Glatzel is handling the circumstances with characteristic perspective; a mindset shaped by injuries past and present.

“I’m basically at the end of my rehab,” he tells Liverpoolfc.com. “I was meant to be back training, I should have been back around now but obviously with what is going on it’s not possible at the moment.

“So I’m just making sure I do my fitness stuff I’ve been sent from the club and just waiting for all this to take its course and then be back on the pitch when we’re allowed.

“The sessions have been adapted obviously to what I’m able to do; I’ve been given running programmes for my fitness and strength programmes and I’ve been given equipment to be able to do those sessions. I’m staying at home and I’m not allowed to go to the club or Melwood, but I’m still getting on with my work and doing well.

“I’d hope to be able to get a few training sessions in pretty soon when we come back. I’ll probably have to do a little bit more rehab and then hopefully get back into training. Then wait and see what happens.

“Hopefully I can get a few minutes but I’ll just have to see what happens and focus on getting back to full fitness.

“I think I’ve got quite a good mindset to be able to carry out my sessions every day because I’ve had a few injuries in my past and I’ve seemed to do well dealing with that. I’m kind of used to it a little bit more than maybe other players.

“I try to just make sure I get things done, even if I’m not feeling as motivated as other days I still grind and get the session done. To be fair, I like to do my sessions as well because it makes me feel like I’m getting better and getting closer to fitness.

“I don’t really have many days that I’m down because I’m always trying to work hard and improve and get back to where I need to be.”

Watch: Glatzel on rehab latest, working from home and more

At the moment, Glatzel’s daily schedule begins around 9.30am with a pre-activation routine conducted via video call alongside the U23s squad.

Once suitably warmed up, running sessions consolidate his core fitness levels before strength exercises – once more, in tandem with his Academy teammates – take place mid-afternoon.

“We try to have a structured day and get as much work done as we can,” Glatzel, captain of the FA Youth Cup-winning U18s in 2018-19, explains.

“It’s not great to be away from the boys, we all like to be together and like to make sure we do our sessions together. At the moment it’s not possible. It’s good to see the lads on the screen, even if it is only for half an hour or however long it takes.

“You just need to make sure everything you do, you do properly even though you are at home and you might not have the right circumstances for what you need to do. You still need to carry on and make sure you get everything done.”

Glatzel’s long-term rehabilitation has been coordinated by the club’s medical department at Melwood after Jürgen Klopp personally called for him to undergo treatment at the first-team base following the incident at Tranmere Rovers last July. 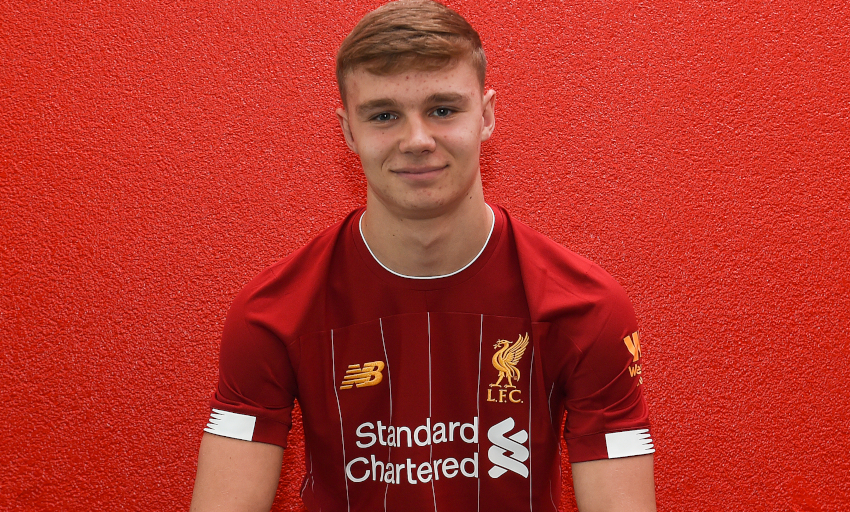 His relationship with the physios tasked with leading his recovery programme, which is designed to maximise the youngster’s durability far beyond an initial comeback, is crucial.

Because the natural desire to be out on the grass again must be tempered by an understanding of the bigger picture.

“The injury I’ve had has been a long injury, I’ve not kicked a ball since the start of pre-season,” Glatzel reflected.

“It has been a tough one to take because I was doing quite well before that. I’ve just got to make sure I get my sessions in and be patient because time is a healer in this sense.

“I just need to wait for my injury to be sorted and to heal properly so that when I come back the risk of me getting injured again is much, much lower and I can just focus on my football again.

“It’s always important to have a good relationship with physios, especially when I’ve been injured for a while now. And I think I’ve got that.

“They’re always looking after me, even now when we’ve got to stay at home; they’re staying in touch over text and making sure I’ve got everything I need. They’ve made sure I’ve got all the equipment and I’m basically able to do my session without a lot of problems.

“They’ve been really good. They check in every day to see how my session was and how I’m feeling, just making sure I’m OK.”

The lay-off has, however, presented some opportunities for the forward, who was born in Liverpool to German parents, both of whom work for the National Health Service.

Specifically, the chance to study first-team matches with an analytical eye, to look more closely at the patterns and movements that made Klopp’s side European Cup winners, world champions and Premier League leaders.

“With me not being able to train, watching games is quite a big part of me being able to learn about the game and about our specific style of play,” he states.

“I’ve been looking at the games differently than I was before because I need to keep learning and keep evolving because otherwise everyone else catches you up when you’re not allowed to do that on the pitch.

“Watching games has been quite a big part of my learning development at the moment, because that’s all I can really do. I’m focusing on games and not just watching to see the scoreline but to see how they’re playing and what I need to be able to do when I come back.”

Glatzel’s gaze is often drawn to one particular player in the team.

Alex Oxlade-Chamberlain’s recovery from a similar serious injury sustained two years ago, and his achievement in reproducing the standards he showed before being sidelined, provide perfect inspiration.

“I quite like to see how he is doing,” said the teenager, scorer of 28 goals last term. “When he plays well or has a good game, it fills me with confidence because I know what he’s been through and I know he’s been out for a long time but he’s been able to bounce back.

“He has been playing well and scoring goals, so I just hope when I get back I can do the same. It’s good to have someone like that to look up to and see they’ve been there and done that. Hopefully I can do that too.

“Agility is pretty much what I need for my game, to be able to turn quickly and change direction. I can see that in Ox’s game, he’s not focusing on the knee problems he’s had in the past.

“He is just playing normally, changing direction smoothly and is doing all he can do and all he needs to do without really having any thoughts about the injury he has had in the past.”

Football pales in comparison to the ongoing COVID-19 crisis affecting the whole world and Glatzel has added perspective there, too.

His father, a GP, is working from home and his mother is fulfilling extended hours in her role as an anaesthetist in hospital at the most challenging of times.

“You’ve got to appreciate what they do,” said Glatzel. “They’re my parents, so I’m proud of them whatever, but they are working hard – as are all the NHS staff, which is really appreciated by everyone.

“It’s such an important thing that they look after everyone and they’re doing it as much as they can. The round of applause at 8pm the other day was a really nice touch, it was lovely to see that everyone is appreciating them.

“It’s so important to stay at home and not go out and do things you might want to do. If you do, it puts more stress on the NHS and my parents. You just need to be prepared to stay at home for as long as it takes, to make sure fewer people are affected. You need to stay indoors.