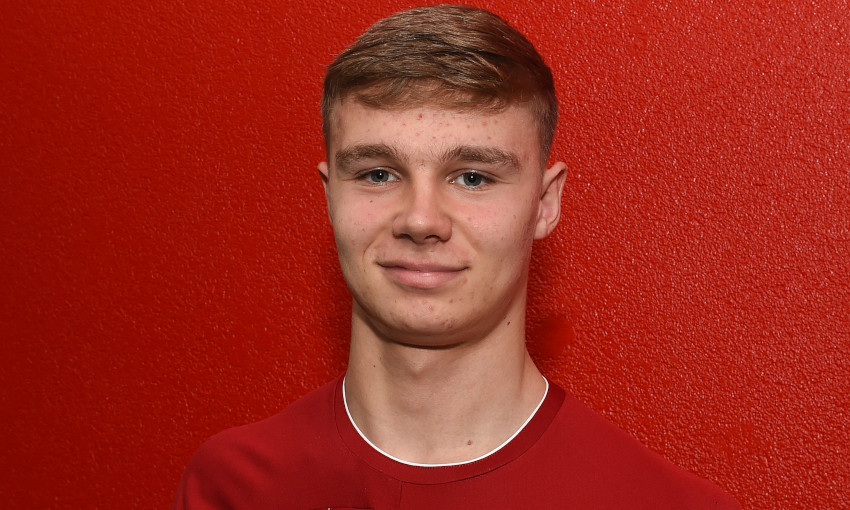 After the euphoria of scoring the winning penalty in the FA Youth Cup final last season, life for Academy striker Paul Glatzel was pretty good.

He began 2019-20 training with the first team and was handed a senior bow in the pre-season friendly with Tranmere Rovers at Prenton Park.

But his flourishing progress was suddenly halted by a serious knee injury that day.

Glatzel was about to experience a downside of the game that every player goes through at some point in their career.

It was at this anxious moment, when the teenager was worrying about the nature of the injury and the consequences for his Liverpool career, he received a phone call that would mean everything to him.

Jürgen Klopp was on the line.

“I had the scan, which revealed I had torn my ACL and damaged the lateral meniscus so I had to have an operation,” Glatzel told Liverpoolfc.com.

“Once I had got my head around it I just had to focus on the gym and try to get back as soon as I can, and I’m on my way now.

“The boss said I was to do my rehab here at Melwood, which gave me a little lift because obviously you are around the [first-team] boys, which was a good feeling at not a good point in my career.

“The boss actually rang me a few days later and told me I was doing my rehab here.

“It was a great feeling, not in terms of what I wanted with being out injured, but it was good to be told by the boss I should do it here and he wanted me to do it here.

“It was a surreal moment when the boss rang me because I didn’t expect it and it was such a great feeling.

“When I come in every day to Melwood the boys are buzzing and there’s a great feeling at the training camp.

“They are obviously doing really well and it’s great to be here.”

Read more from our interview with Glatzel below...

On how the injury happened against Tranmere last July…

It’s difficult to say, really, because no-one is really sure where in the game it happened because I had a one-v-one with the defender just before I went off and I felt something, like I had a knee-on-knee contact with their guy and I felt something. I carried on and I was fine running and everything but then later on in the game I went to press their goalkeeper, he kicked the ball long and as I’ve gone to turn something just gave and that was me gone. It was horrible. I walked off in the end but I knew it was something bad and I knew there was no way I could play on. I was down in the dressing room and it was probably the worst I’ve felt from a football point of view with this injury and it’s hard to describe really the feeling I had at that time.

I’d definitely say it was the best season of my career so far. With the games that we played and winning the FA Youth Cup I’d like to say it was a good season for myself. I scored a few goals and helped the team and we just wanted to see how far it took us throughout the season and we managed to win the cup in the end. It was an unbelievable feeling. There’s nothing really like lifting a trophy when all of the team is with you and you are just celebrating that moment together. We looked at the tournament at the start of the season and thought it was one we could definitely try to win, so to lift the trophy at the end was unbelievable. 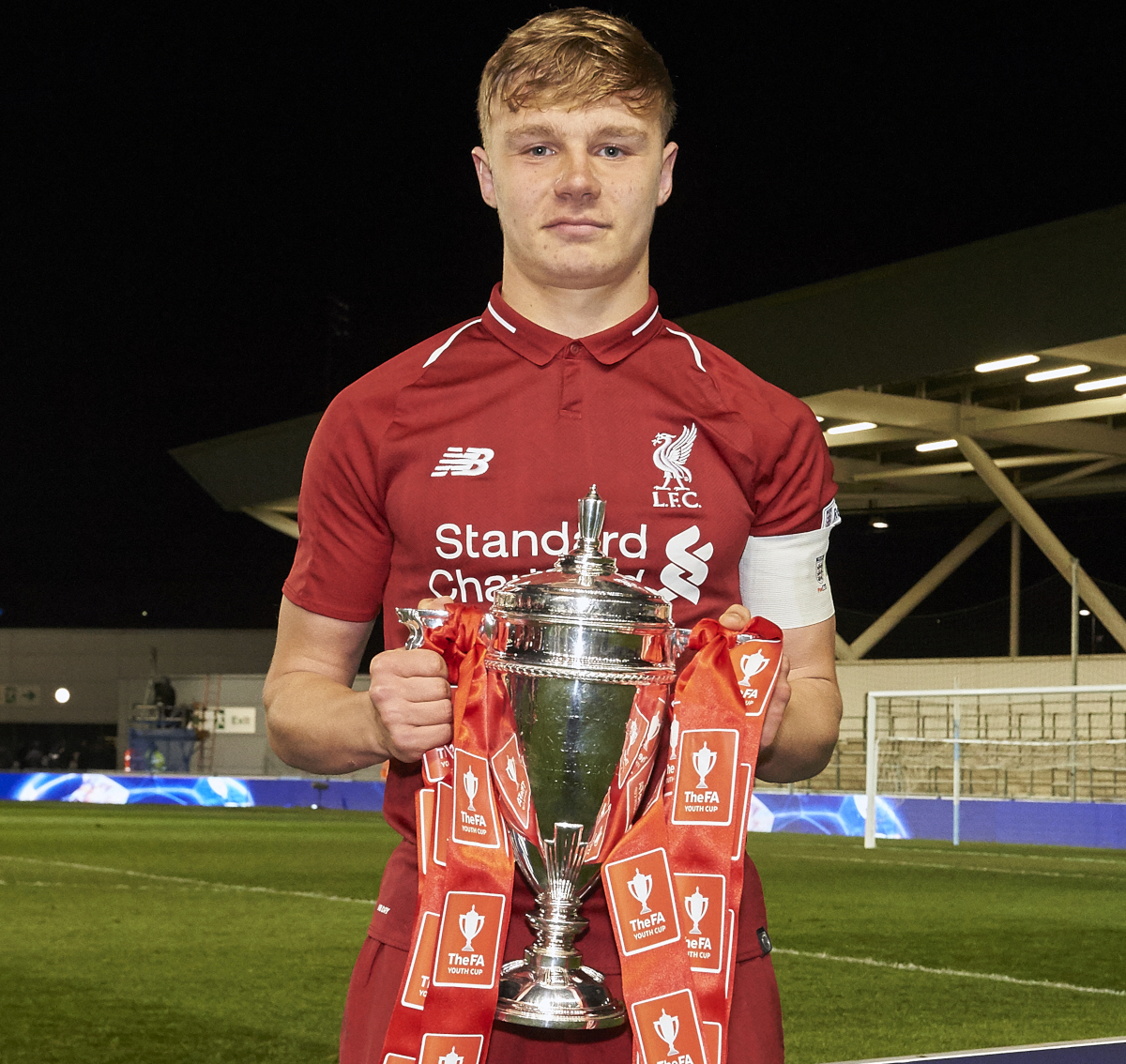 My parents and some close friends were there and I’ve seen a video from someone who recorded my penalty and then seeing the reaction from my family – it was probably the happiest I’ve seen them so it was a really proud moment for me.

On the brilliant support from everyone at the Academy…

They have been a massive influence on me and my game, not just my football but mentally as well. Barry [Lewtas] and Critch [Neil Critchley] have been great and have really helped me through a lot and focus on aspects I need to improve on. They have also kept me up and feeling good even when I’ve been injured, Alex Inglethorpe is the same and he’s always around me and he tries to help me. I’ve had quite a few injuries in my time but Alex has been there and he has always supported me and shown faith in me and that’s helped me a lot throughout the years. The staff are always texting me and ask me how I’m doing and when I go and watch the U23s play they are always asking me about my injury and asking me how I’m getting on.

It has been brilliant. Obviously, I want to be a part of that and hopefully I will in years to come, but it’s brilliant seeing the boys doing so well and see them getting their chance and do really well making the Academy proud and showing what it’s capable of. It’s good for us to see that and the good work that the Academy does and how everyone is developing. I was at the Shrewsbury game and I went in the dressing room before the game to wish the boys good luck and see them all. I was in the stand and just took it all in. The atmosphere was amazing considering it was basically an U23s team and the boys performed well and got the win. It was unbelievable to see them win and see the reaction from everyone.

It was surreal, really, because for any other U23s game there are never that many people and for me to see that and not be part of it was a little bit tough for me because obviously I want to be out there with them and be playing, but it’s still good for the lads. I’m proud with how well we played in the game and proud everyone has seen what the Academy is capable of and all the players coming through, so it was a great feeling. When you are out injured you are always thinking of coming back and being fitter and stronger and being able to play. I was thinking of me needing to get back as soon as I can to be involved in stuff like this and hopefully there are more opportunities for me in the future.

On the club awarding him a new contract in September…

For me it was big because it showed the faith the club has in me. To know that I have lost a season really with this injury but to extend the contract and get that year back essentially was big for me to just focus on my rehab and it was a massive moment and showed what the club think of me. I just want to try to get back as quickly as possible. My days are split up a little bit, some days in the gym and some outside. Depending on what day, sometimes I’m the first in and the last out, but it’s just what you’ve got to do to get back.