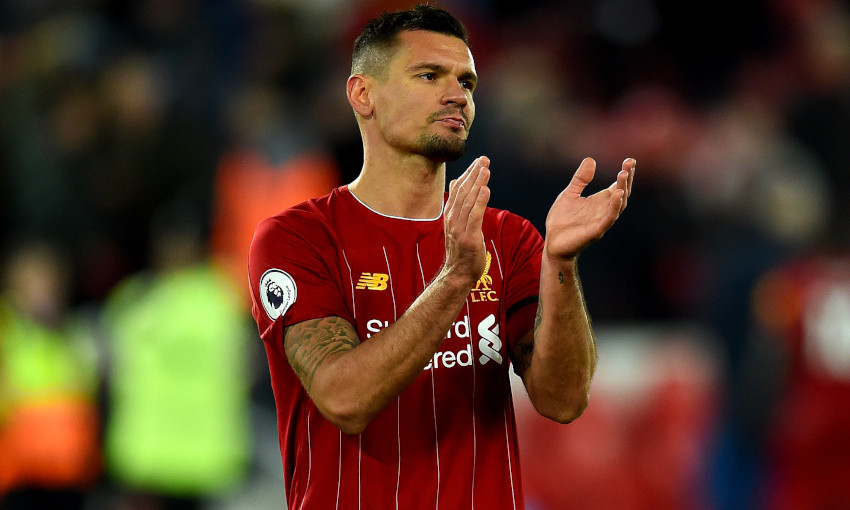 Liverpool’s defensive options have been bolstered by the return to fitness of Dejan Lovren ahead of the trip to Wolverhampton Wanderers this evening.

The Croatia international hasn’t figured for the Reds since sustaining a knock during the Champions League fixture in Salzburg on December 10, but is closing in on a comeback after joining his teammates in full training earlier this week.

He joins Joel Matip and Fabinho in easing Jürgen Klopp’s injury list ahead of the Premier League outing tonight, though the boss confirmed three players will definitely miss the journey to Molineux.

James Milner, Naby Keita and Xherdan Shaqiri will all be absent as they continue their respective rehabilitation programmes from knocks.

“They are all back soon.”

Nathaniel Clyne remains a long-term absentee for Liverpool, while Takumi Minamino will register his Premier League debut should he figure.

Wolves are boosted by the returns to training of Willy Boly and Diogo Jota ahead of Liverpool’s visit.

“We have good news,” said manager Nuno Espirito Santo. “We have Diogo integrating into the team, working with the squad, Boly also, so things are getting better.”

Wolves are set to be without Ruben Vinagre, however, while new signing Leonardo Campana won’t feature due to involvement in Ecuador’s Olympic 2020 qualifying campaign.

“Liverpool is a huge club, a good team. What we’ll do is prepare ourselves well and play the game.

“Our fans will be behind us, a fantastic atmosphere, so we have to enjoy the game. We have to compete. That is the word – compete. When you compete, you don’t give up. Every ball is important.”