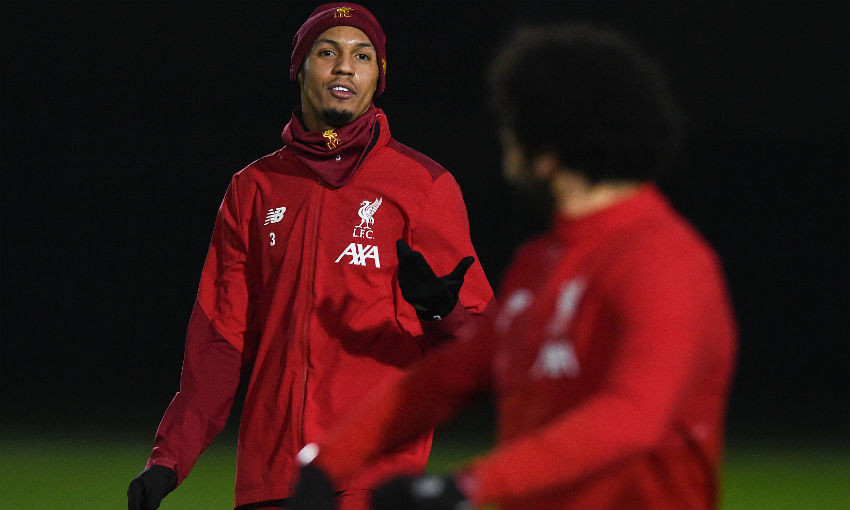 Jürgen Klopp has welcomed the return of Fabinho and revealed the Brazilian is getting 'closer and closer' to full fitness.

The No.3 made his first appearance since November on Sunday after an ankle injury when he appeared as a second-half substitute in the victory over Manchester United.

Feels good to be back, specially with this win. Come on, boys! 👊🏾🔴 #YNWA #LFC

Klopp, however, is unsure when the 26-year-old can be considered fit enough to start a fixture, but added the Reds will remain patient.

Speaking at a press conference on Wednesday afternoon, the boss said: "It's sensationally good that we have him back. How close is he to starting? I don't know exactly.

"It was a long time out. Not too long, thank God, but it was long enough, so he needs to find rhythm again and then we will see how we introduce him step by step.

“But [it’s the] best news you can get that we have these boys back – Joel back, Dejan is on a way back – and we played through the toughest period of the season with two centre-halves.

"Our fifth centre-half Fabinho, who can play the position as well, was injured as well, so it was really tough.

“We came through, thank God, and now we have to make sure that the boys are in the best possible shape before we use them again.

“But of course we do that with training sessions – Fab was in more than a week, which is good. In a different squad situation, maybe he would have trained last week around the Man United game than being involved in the game.

“But he had a few minutes and that was good for him as well. [He's] getting closer and closer.”