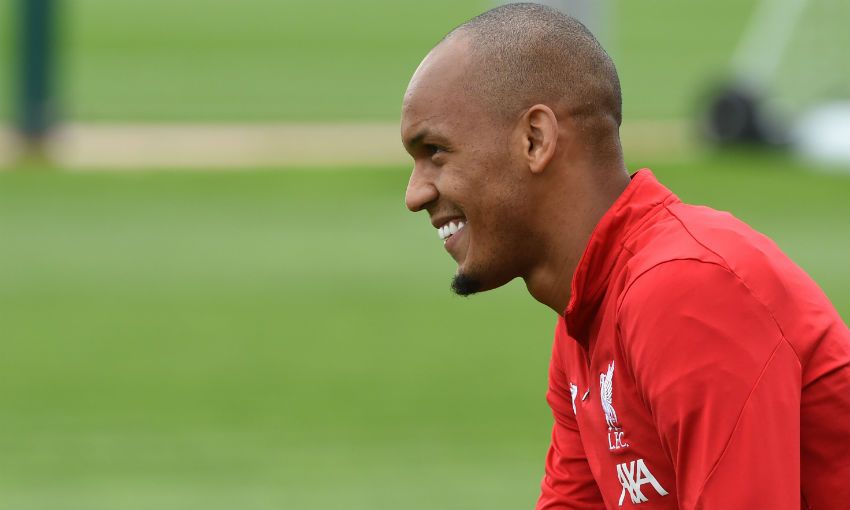 Fabinho believes Liverpool's fine display against Arsenal last weekend set a benchmark for the squad to fulfil for the remainder of the season, starting with Saturday's trip to Burnley.

The Reds made it three wins from three in the Premier League after a 3-1 victory over Unai Emery's side at Anfield, with Jürgen Klopp lauding a performance full of 'desire and passion' afterwards.

The champions of Europe now head to Turf Moor hoping to take a 100 per cent start to 2019-20 into the upcoming international break.

"It would be ideal for us to go into this break with another victory in the Premier League," Fabinho told Liverpoolfc.com at Melwood. "We’ve started really well, we’re the only team to have won the first three games.

"We know that playing Burnley away is always very difficult. Last season was really tough, but we’re really confident and know that a fourth victory will be a great step for the start of the season. So we will play in the same way and go after the win.

"We knew the game against Arsenal would be very difficult, one of the big teams in England, so we got to show our quality against such a strong, quality team.

"I think we played an excellent game, we won – which was most important – and I think it serves as an example performance for the rest of the season.

"So we can look at the good things we did and put them into practice in future games as well."

The victories over Norwich City, Southampton and Arsenal mean Liverpool are the only top-flight team to have won all of their opening fixtures to the new season.

There have been plenty of positives to draw from each of the team's displays in those three wins, with Fabinho particularly pleased at the different types of hurdles cleared.

"They were three distinctive and difficult opponents," the No.3 continued. "I think in our home games we managed to win by a good margin, we scored more goals and finished off the game quicker and could relax more in the final part of the game. I think this is why we conceded in our two home games because we slowed the pace down.

"Against Southampton, things were different. We went ahead which is important, but things were complicated towards the end of the game.

"I think it’s normal when you concede away from home [as] the opposition grow into the game, the fans get behind them and will cheer them on. But we were solid in defence and we brought the three points home and we hope to go from strength to strength."

Burnley's start to the campaign has seen them take points off Southampton and Wolverhampton Wanderers, leaving Fabinho fully aware of the tricky task at hand on Saturday evening.

"Burnley are one of the most frustrating teams to play against," the Brazilian concluded. "You may win against such teams but you have to fight, sweat and really give your all.

"It’s a team that makes things very difficult. In the Premier League it’s not just Burnley, the majority of the teams are like this. Everyone knows that Burnley is a tough game, especially away from home.

"They’re a team who’ve done really well against tough opposition this season. They got a good result away from home in the last round of games. They’ll be confident and have a player who’ll be full of confidence – [Ashley] Barnes, who has scored a lot of goals.

"We know their style of play, a quality team who play to their strengths with the ball and in the air. We know how difficult it is to play, we know the quality we’re up against and we’ll try and neutralise their threat and be the stronger team."