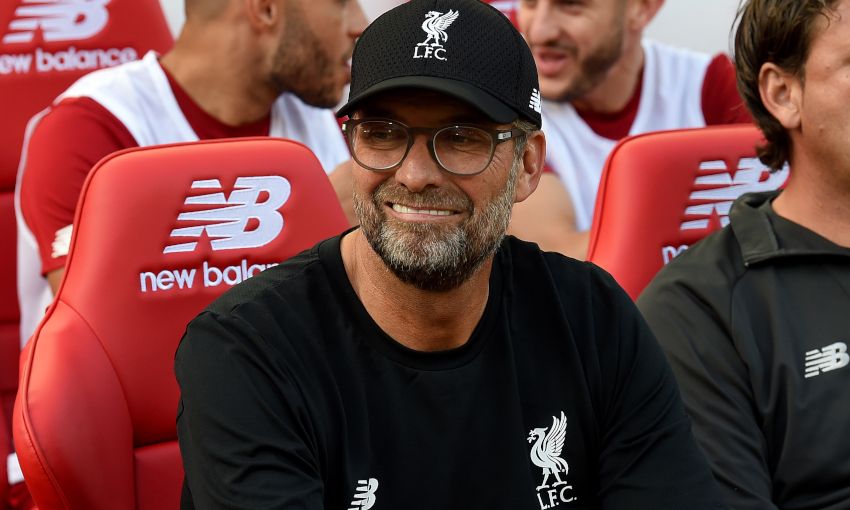 Jürgen Klopp praised the 'desire and passion' of Liverpool's performance as they recorded a 3-1 victory over Arsenal at Anfield on Saturday night to maintain their 100 per cent opening to the Premier League campaign.

Joel Matip gave the Reds the lead their dominance deserved with a towering header shortly before the break, with Mohamed Salah then doubling the advantage from the penalty spot soon after the restart.

A brilliant solo strike from Salah made it 3-0, before Lucas Torreira pulled a goal back for the visitors late on.

Victory extends Liverpool's winning start to the Premier League season to three games and Klopp expressed his delight with his side's display afterwards.

Read on for a summary of the boss' post-match press conference...

On Liverpool's performance and the result...

I didn’t think about the number [of goals] we could score, but to be honest I didn’t expect the system they played. I’m not sure they played it in pre-season, I didn’t see it. It meant we had a lot of space on the wings, switching sides, the only problem was a little bit the movements in the box to make it a bit more tricky for the defending side. They won a lot of these challenges in the air, but we won a lot of second balls for that, putting them constantly under pressure without having the outcome we wanted.

It is always dangerous if you miss one ball, like Hendo did in one situation, then with the speed they have they are exactly in the situation they wanted. Adrian reacted brilliantly in that moment and they had a shot from Pepe which was a big one, you can probably score with a situation like that, but we had much more of the game. Against the quality of Arsenal, you cannot avoid these situations for 100 per cent, you need your goalie, you need a block or whatever – but we didn’t need too much.

I was really happy with a lot of parts of the game; I think everything we did well in the first four games we did tonight for longer, more precise and better tuned. I loved the desire, the passion, the power and the energy that we put into this game. It made us really uncomfortable to play against, which is what we wanted and so we deserved the first goal. It was a very determined header as well; I don’t know how many people held on Virg in that moment, it looked like they built something around him, but Joel was there – big Joel – and made a fantastic goal. I think it was a deserved result for half-time.

In the second half then, there was the clear penalty. We played nice passes and we were there with a lot of good moments, football moments, today – but you need these decisive moments. The penalty was nicely taken and then the third goal is just incredible again – a really, really good goal. So, pretty much the story of the game; we could have controlled it better, that’s probably our real challenge. [When we were 3-0 up] Arsenal didn’t really press anymore, they were deep, together, and we passed the ball into their legs and that makes no sense. We were still in a kind of an attacking mood, so we have to prepare these situations better. We have a lot to improve but it was a big step tonight as well, so I am really happy. One question and such a long answer! 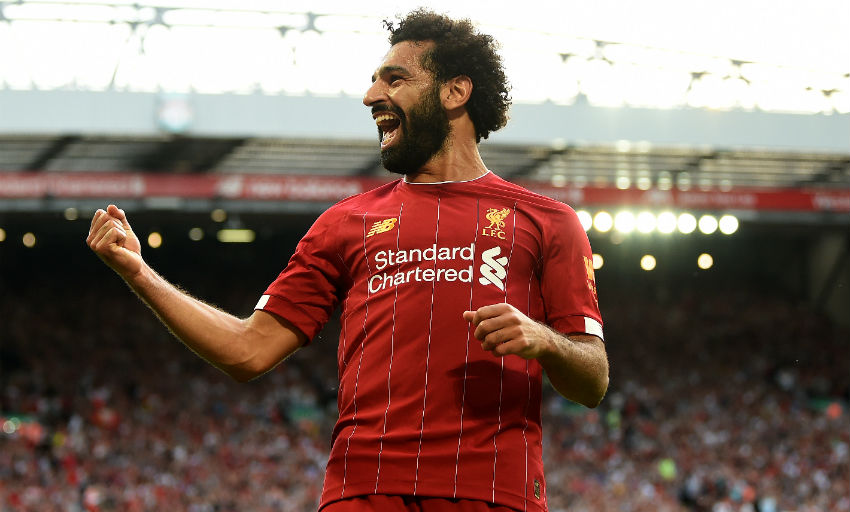 On the energy and maturity his side showed...