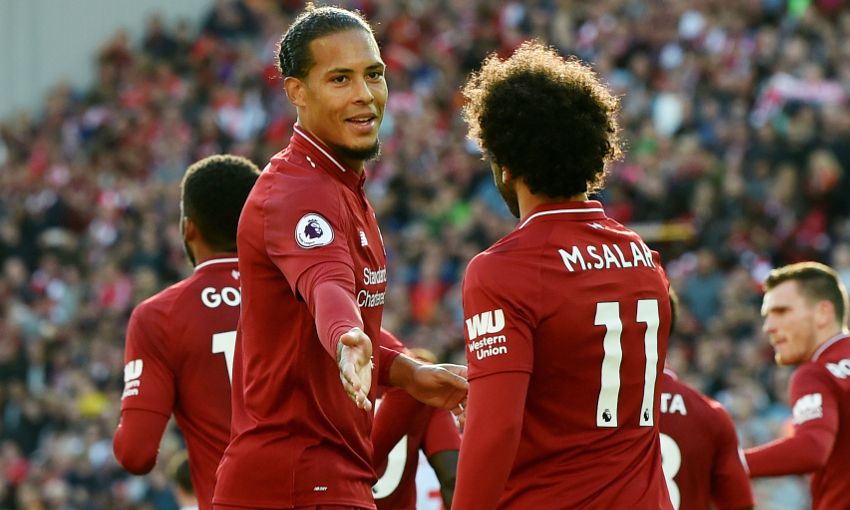 Four Liverpool players have been included on the FIFA FIFPro World 11 shortlist.

Virgil van Dijk, Dejan Lovren, Mohamed Salah and Sadio Mane are among the 55 footballers who received the most nominations from their peers.

Some 25,000 professional players in 65 different countries cast their votes for the best players of 2017-18 to create the final shortlist.

The World 11 – which will consist of the one goalkeeper, four defenders, three midfielders and three forwards with the most nominations – will be unveiled by FIFA and FIFPro at a ceremony in London on Monday September 24.

Jürgen Klopp on FIFA Fan Award: 'Fans of LFC and BVB should be proud'

'I hope we win it' - Klopp on FIFA Fan Award

Jürgen Klopp nominated for FIFA coach of the year