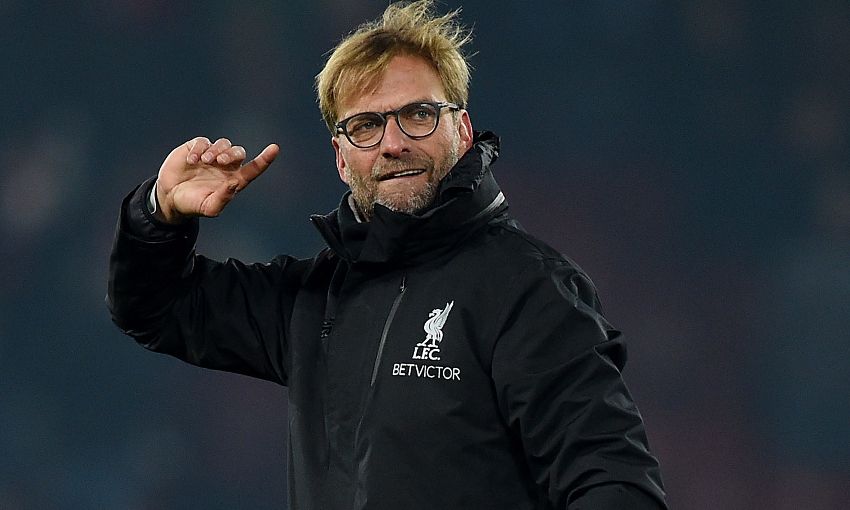 Followers of the teams were jointly awarded the accolade for their incredible rendition of 'You'll Never Walk Alone' at Anfield ahead of the dramatic Europa League quarter-final, second-leg tie last April.

With the fixture falling on the eve of the 27th anniversary of Hillsborough, fans of both clubs united to produce a moving performance of the anthem pre-match as well as pay tribute to the memory of the 96 children, women and men who lost their lives in the disaster by forming mosaics on the Kop and in the away section of the stadium.

As a result, those scenes of unity were honoured at FIFA's annual awards gala on Monday evening after football fans around the world cast their vote on a shortlist that also included supporters of ADO Den Haag and Iceland.

Klopp, who was previously in charge of Dortmund before moving to Anfield, told Liverpoolfc.com: "It was one of the most special and yet strangest nights of my life.

"I don't think at the time I appreciated how emotionally complex it was for me, Zeljko [Buvac] and Peter [Krawietz], or all of our families.

"It has since sunk in and there are so many moments from the night that I will never forget, but the contribution of both sets of supporters is absolutely the main one.

"The atmosphere was the best I have ever experienced. It should serve as an example to everyone about how supporters can influence a team and influence a game.

"Of course, this award honours both sets of supporters and the respect shown by our friends from Dortmund was absolutely typical of the world-class values that club upholds. To honour the 96 victims, their families and the survivors of Hillsborough was very poignant.

"I know we won the match and the tie, but I think everyone inside Anfield that night and watching at home - whether they were wearing red or yellow and black - knows that football can be very proud of how they represented their club.

"So, on behalf of the Liverpool team and staff, I would like to thank those who voted for this special award.

"It is absolutely deserved and I hope the special memories created that night can serve as a perfect example of the joy and happiness football can bring. And it should also show than even in defeat, you can still honour your club's name with your actions.

"The LFC and BVB families should be very proud tonight."