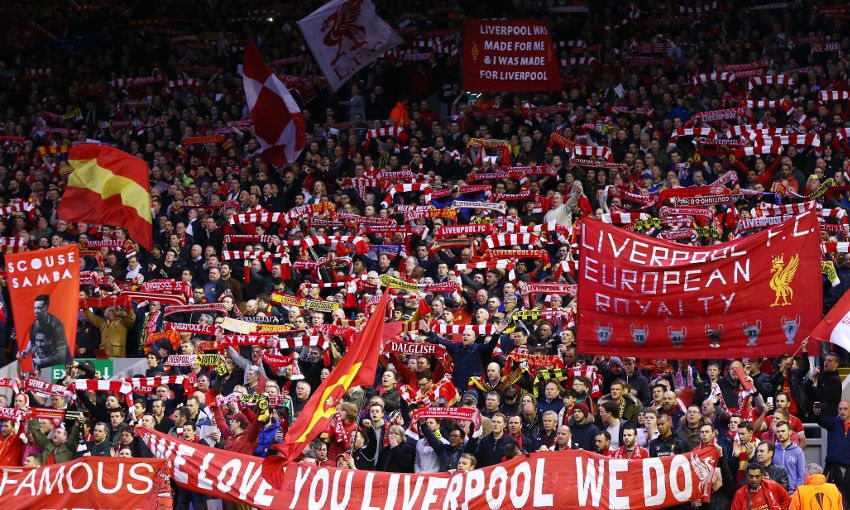 The two clubs – currently and formerly managed by Jürgen Klopp – met in the Europa League quarter-finals last season, with the tie level at 1-1 before the second leg at Anfield.

Ahead of what would become one of the most dramatic nights ever at the stadium, as the Reds recovered from a two-goal deficit to win 4-3 and progress to the last four, both sets of fans unified for a touching version of the hosts’ anthem.

With the game held on the eve of the 27th anniversary of the Hillsborough tragedy, mosaics were also held aloft on the Kop and in the away section of the ground to form a special tribute to the 96 fans who lost their lives as a result of the disaster.

The gesture of solidarity was honoured at FIFA’s annual awards ceremony on Monday evening, with fans from around the world having voted from a shortlist of three which also included supporters of ADO Den Haag and Iceland.

Click play below to watch the ‘You’ll Never Walk Alone’ from that night...