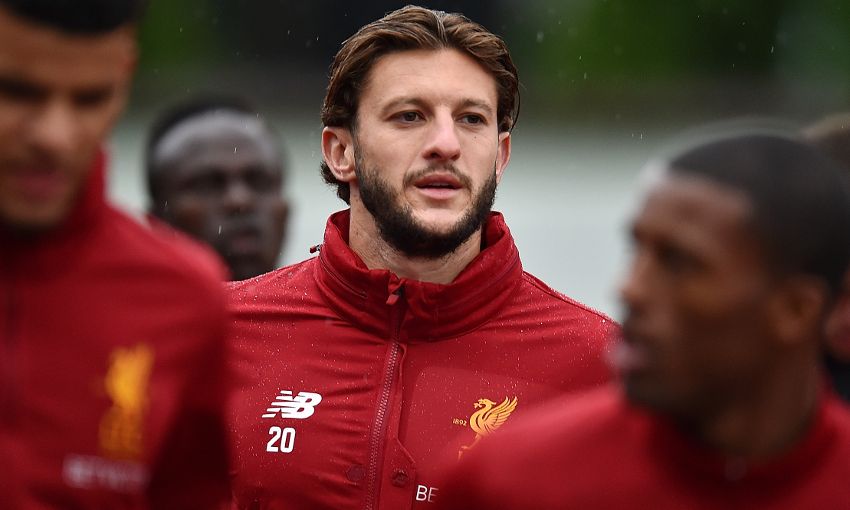 Adam Lallana has confirmed his injury recovery is progressing well and the midfielder cannot wait to be part of a Liverpool team playing 'brilliant football'.

The 29-year-old is currently sidelined with a thigh issue sustained during the Audi Cup final against Atletico Madrid back at the beginning of August.

Having initially been ruled out for the opening two months of the season, no return date has been set for Lallana as yet but the England international reported that his rehabilitation is ‘going as well as it can’.

In the meantime, the No.20 has been delighted by the Reds’ start to the new campaign and will be in attendance when Jürgen Klopp’s men resume Premier League duties at Manchester City on Saturday.

“I’m getting on well – slowly but surely in the background,” Lallana told Liverpoolfc.com at Melwood.

“It’s great to see the lads start so well, we’ve been playing some brilliant football. It has been great to be at Anfield for a couple of those games as well, and the Champions League game.

“I don’t like staying away from it, I quite like being in the mix and involved in the games, especially the home games. I’ll be at the City game at the weekend – I’m looking forward to that.

“I’m well into the way on my rehab now and it’s going as well as it can. I’m obviously looking forward to being back.”