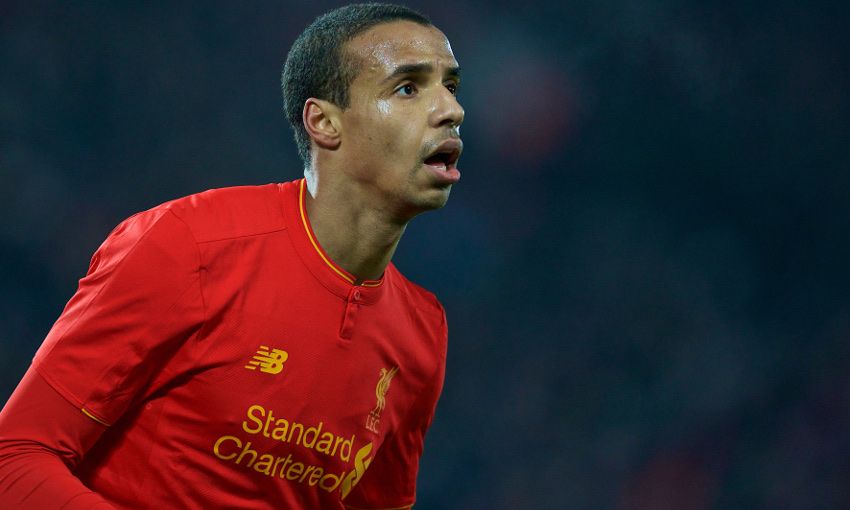 Joel Matip's career at Anfield remains in its infancy but already the giant defender feels like a supporter as much as a player - even if he'd rather not.

Since joining the Reds seven months ago, Matip has had more time to develop an empathy with the club's fans than he would have expected or liked.

An ankle injury limited the former Schalke man to just 14 appearances by the turn of the year before issues surrounding his eligibility during the Africa Cup of Nations made for a frustrating extension to that spell on the sidelines.

All that resulted in Matip watching plenty of matches from the stands, or at home on television, prior to his recent return to the fold.

But, even for a man whose job is playing football, the passions shared by Reds around the world were stirred each time Jürgen Klopp's team contested a fixture in his absence.

And he never watched alone.

"Every time when they score and I'm watching on TV, I'm [celebrating]," he told Liverpoolfc.com.

"I always hope that they score and win the games - I really feel like a fan.

"My girlfriend is also a big supporter, us two sit on the couch and really support and hope we win.

"But she also hopes that I will be on the field." 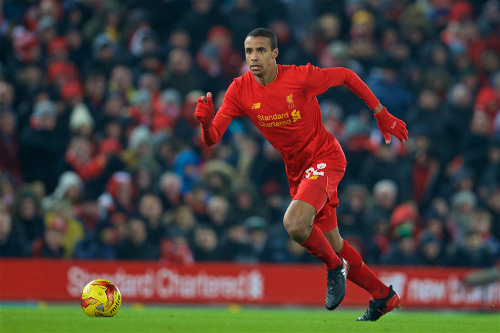 Matip's lay-off coincided with what would have been his first experience of England's famously packed festive fixture schedule.

The 25-year-old didn't find it easy missing all that football, but he is determined to remain injury-free until the end of the season to make up for it - an outcome that should ensure he is of a sunnier disposition around Melwood, he reveals.

"It's a busy period, every few days there's a game. It's not nice to be on the side and always watch the game and not be on the field," Matip added.

"It's not good for the mood because every player wants to play and be fit. It was not the worst injury so [you can't] say, 'everything is rubbish'.

"But I'm on a good way and I hope it will be a long time until my next injury."

While Matip's first season in England has seen him miss out on a first taste of the gruelling Christmas period, he has at least been on the pitch enough to familiarise himself with football in a new country.

But is the famed intensity of the Premier League a myth or reality? Are foreign stars simply paying lip service when they speak of a faster, more physical game than that found on the continent?

The Reds' No.32, a man whose cerebral approach to defending is mirrored by the way he speaks about the game, insists that is not the case.

"Like everybody says, it's a lot more physical than the Bundesliga. It's a cliché but it's true!" he explained.

"You get adapted and that starts in training because sometimes you have to use your body a little bit more. But you get adapted, you know how to play, then you learn and you get better.

"I saw the games on the TV so I knew it was a little bit different - the kind of players I would play against. This was one of the reasons [I wanted to come], it's a special way of playing and it's nice to play against some massive players.

Of course, adapting to that pace is quite the challenge.

But Matip says the help of his new teammates, whose ability to work as a unit took him somewhat by surprise, proved vital to settling in.

"At the beginning it was a little bit different because not the whole squad was together," he added.

"I could settle really well because more and more players came in and I was already here a few weeks.

"Most of the players helped me, in training and outside, made me feel really welcome - it's a nice feeling to play with them. Of course there is high quality in training but it was nothing I was afraid of.

"I knew before that there were a lot of good players and when I came here I saw it in training. I saw a few games before and saw a lot of their qualities but I think the team works together much better than I suspected before."

On the evidence of his performances even during a disrupted campaign, Matip's transition to life at Liverpool has been a smooth one.

But there is one element he admits to still struggling with: Scouse.

"They have a really hard accent to understand! Often I'm like… 'hmm?'" he smiled.

"They try to adapt me to this accent but it's really hard and I have to ask again and again.

"But the people are really nice and always repeat, maybe next time they speak a little bit slowly and not with this hard accent.