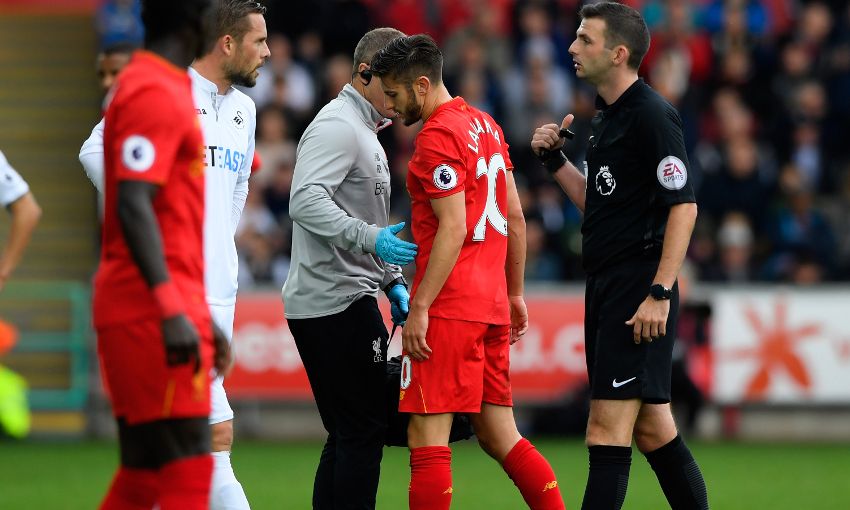 Jürgen Klopp confirmed Adam Lallana and Dejan Lovren suffered groin injuries in the 2-1 victory over Swansea City – but is hopeful the pair will be available to face Manchester United after the international break.

Lallana was withdrawn midway through the first half at the Liberty Stadium on Saturday, while Lovren picked up the problem in the closing stages of the Reds’ fourth successive Premier League win.

Both are likely to be sidelined for their countries in the next fortnight but could be fit for action when domestic duties resume with the visit of United on Monday October 17.

Klopp said post-match: “Dejan was one of the last moments of the game. [It is a] groin [injury] for both, hopefully not that serious.

“Adam felt it, tried it again and it didn’t work. In this moment they have no chance for the national teams.

“But hopefully 16 days should be enough to bring them back onto the pitch for the next game.

“Things like this happen – there was no sign of it in the week. The pitch was a little bit wet, of course, so things like this can happen. It’s not too nice but nothing else.”