Steven Caulker admitted the speed with which Liverpool completed his loan switch left him operating on adrenaline – and is relishing the challenges that lay ahead as a Reds player.

The centre-back was brought in on a temporary basis from Queens Park Rangers until the end of 2015-16 to reinforce the club’s defensive ranks.

Caulker wasted no time in beginning preparations for Wednesday’s Anfield clash with Arsenal, taking part in a late afternoon training session at Melwood shortly after inking his short-term deal.

Immediately afterwards, the 24-year-old sat down with Liverpoolfc.com to discuss his loan move to Merseyside – and LFCTV GO subscribers can watch the chat in full by clicking play on the embedded video above now. Haven’t signed up? Click here to do so.

Alternatively, read on for a full transcript of the interview…

Steven, welcome to Liverpool FC. How are you feeling?

Very excited and I’m very happy to be here. I got the phone call late last night that I was on the move here and it’s a challenge I am very much looking forward to. Adrenaline has been dragging me through today – I’ve just had a good session with the boys, got to see a few familiar faces and I’ve been made to feel very welcome.

When did you find out Liverpool were interested in you and how did that make you feel?

There was a hint of it on Sunday, but nothing concrete. In football a lot of things change from day to day, so it was only about nine o’clock last night when I got the phone call to say the move was potentially going ahead. I was straight in today to get the paperwork done and get down from London in time to train.

Did you sleep last night?

Not much, not much, no! When I woke up this morning, it still felt very surreal. When my agent called me to tell me this was an option, I was delighted. I am just very excited to be here.

A whirlwind day for you…when you drove through those Melwood gates, can you describe what was going through your mind?

It was very comforting because I was met straight away by the liaison officer, who has looked after me throughout the day, and a lot of familiar faces as well as the manager, who has been great. It was a very surreal feeling, but a very welcoming one and I felt very comfortable from minute one. It’s been a good first day and I’m just looking to getting some rest now and preparing for tomorrow’s game.

You’d barely been here an hour but were out on the training pitch already, straight into the thick of it. How was that first session?

It was a good first session. It was good to get the ideas of the manager. I had a brief conversation with him and will hopefully speak to him more tomorrow and get his ideas. It’s a club I’ve watched for many years and I am very aware of the style in which they play and the expectations of the club. It’s a challenge I am very much looking forward to.

You mentioned you already know some of the lads, what kind of welcome did you get from them this afternoon?

It was a very nice one from the boys. I’ve played with some of them before in England camps and Joe Allen from my Swansea days, so it was nice to see some old faces and get out there and train with them again.

And the manager, what’s he said to you?

The manager has been very positive. He’s welcomed me and said that there has obviously been a few injuries and so there was an opportunity for me to come here and play. He said if I come here and do well then who knows what the future holds? It’s an exciting one for me and I am just raring to go now.

How excited are you to come here and work with Jürgen Klopp?

He’s a very famous manager and he has been across our TVs for the last however many months since he signed, so he’s a very familiar face – and a very welcoming one as well. He’s been top notch so far and he made me feel very much at home. 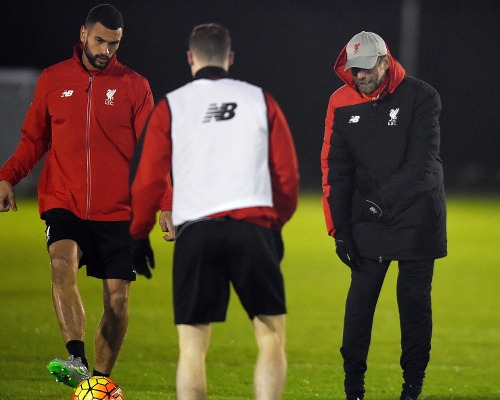 You said ‘Who knows what the future holds?’ – you’re still just 24, so what are your aims over the course of this loan deal?

It’d be nice to pull on a Liverpool shirt and walk out at Anfield – that’d be a very special moment. If I make a lot of appearances here, I’d be delighted and it’s something I’d be very proud of. If I can help the team in any way possible, that’d be a big plus to me. As I said, I don’t know what the future holds but for now it’s about taking each day as it comes, there’s a big game tomorrow and if I’m selected then I’ll obviously try my best to go out there and help the team.

As you mentioned, a big game on Wednesday against Arsenal…a quiet start to life at Liverpool for you, isn’t it?

Yeah, they don’t come much bigger than that. It’s an exciting game and one every kid dreams of playing in. If I get the opportunity tomorrow then I’ll be raring to go and looking forward to it.

And then Manchester United on Sunday…

It’s a tough start but one that every kid dreams of. I’ll be resting tonight, making sure I get plenty of sleep, and then back in tomorrow for the morning session.

There have obviously been some big changes at Liverpool this season. Watching from the outside, what have you made of the team?

The team have obviously had a change of manager and that can sometimes be difficult, but I was on the receiving end of a battering from Liverpool so I know what they’re capable of [6-1 at Southampton] and how good of a dressing room it is with a fantastic manager behind them. It’s a team that can go all the way, it just needs to find rhythm, get the players back fit and who knows where it can end up at the end of the season? 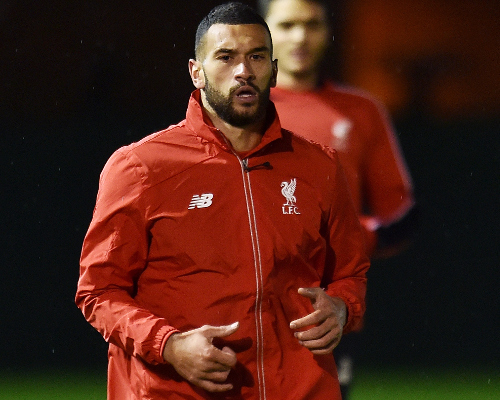 You’ve played at Anfield before as an opponent before. How did you find that?

It’s always a difficult place to come. I don’t think I’ve won here – it’s always been difficult. The fans are obviously very much behind the team, so it makes it tough. To be on the other side of it hopefully will be fantastic.

Can you imagine how that’s going to feel when you’re lining up in red at Anfield?

No, it’s hard to picture right now. I’m sure it’ll be a moment I’ll never forget, so it’ll be one I’ll treasure and one that I hope to get as soon as possible.

So when you go back to your hotel tonight and you’ve got a bit of time to chill out, will it sink in that you’re a Liverpool player?

I think it will, yes. I think that’ll be the moment it sinks in, although I feel I had that moment coming through the training ground, meeting the manager and all the players, and getting out on the training pitch. Putting on the training kit, I got that moment where I felt it’s actually going to happen. It’s been great already, and I’m sure there’ll be lots of great memories to come.

Yeah, exactly. The first day is always hectic with everything going on and millions of messages from your friends and family. But now, from tomorrow morning, it’s straight down to business and a tough game against Arsenal, so my mind will be fully focused.

Just lastly, do you have a message for the Liverpool fans?

Just that I am going to try my best to help the team to kick on and do great things. I am very honoured to hopefully wear the shirt one day and be a part of this club.

Caulker: We did enough to win - but look forward to replay