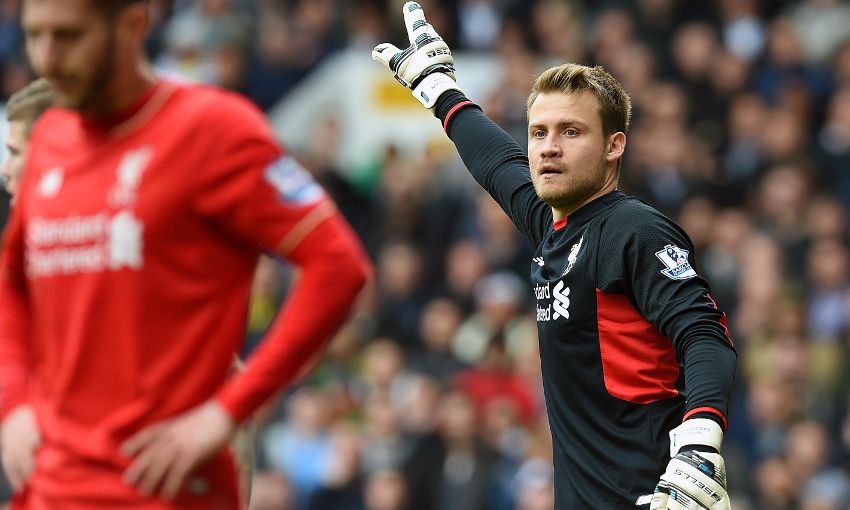 Jürgen Klopp’s infectious enthusiasm and positivity is rubbing off on the Liverpool squad, according to Simon Mignolet.

The German took charge of the Reds for the first time since being appointed as manager in Saturday’s goalless draw at Tottenham Hotspur.

And though Klopp has had just a handful of days to work with the squad since arriving on Merseyside, Mignolet believes the players are already feeding off of his mentality.

“As you can see he is very enthusiastic and very ambitious,” said the goalkeeper.

“On the line you can see that and it rubs off on the players. He is very positive and he wants everyone to go full blast, like he is as well. And that is good because it goes on to the young players and they can thrive on that.

“His sense of humour is different. It is not English, it is German. It’s nice and he’s a good man.

“Every manager has his own style and tactics and he worked hard this week to make sure we put them under pressure. He speaks with everybody and what is good is he gives people confidence.

“He wants us to go 100 per cent and that positivity, enthusiasm and ambition is a positive for every individual.”

Klopp was denied a fairy-tale start to life at the Liverpool helm as his side were forced to settle for a point at White Hart Lane.

Divock Origi came closest to opening the scoring, heading against the crossbar from close range with 10 minutes on the clock; however, at the other end, Mignolet was required to produce three vital saves to thwart Spurs to secure a point.

Nevertheless, afterwards Klopp spoke of his belief that it was a performance that could provide a solid platform from which to build going forward – and the Reds’ goalkeeper concurs.

“Everybody was pleased with the performance,” Mignolet said. “With just three days after the international break, it is difficult to chance things. But it was obvious what he wanted to do - press them high and make it difficult for them to play.

“We did what the gaffer wanted us to do and tried to make it difficult for them to play football. Those chances we did give away you want to be there as a keeper and help out your team.

“He congratulated me but that is not really important. I am happy I made those saves, but I will keep both feet on the floor and not get carried away.

“Maybe with the ball we can be a bit better and try to keep the ball. We had a chance in the first half when he hit the bar and it was unfortunate because if that goes in it is a different game.

“But there is time to improve and to keep a clean sheet away to Tottenham is a positive and we can look forward to the next game.”