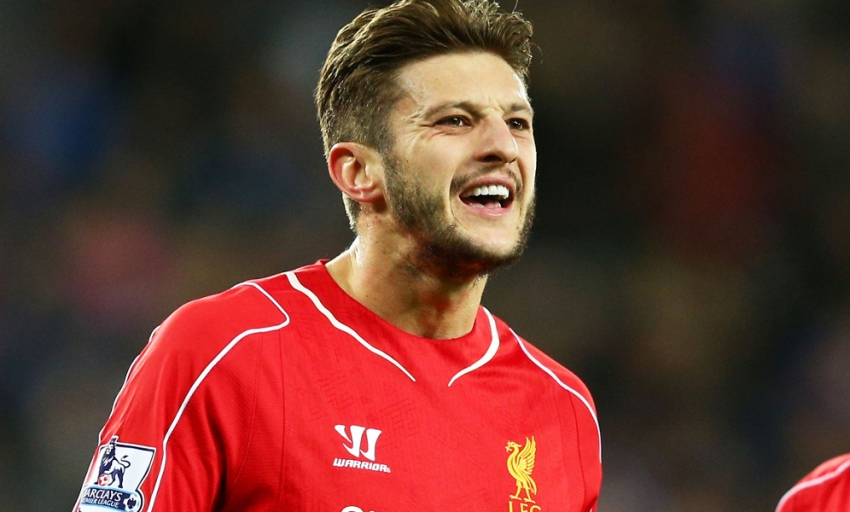 Adam Lallana insists Liverpool will not give up hope of securing a top-four finish until it is mathematically impossible.

The Reds are currently four points behind fourth-place Manchester United with three fixtures left to play for both sides.

Brendan Rodgers closed the gap with Saturday's victory over Queens Park Rangers at Anfield, while United suffered a third consecutive defeat when they went down 1-0 at Old Trafford to West Bromwich Albion.

Lallana acknowledges it'll be tough overturning the deficit, and believes a maximum haul will be required for Liverpool if they're to achieve it.

"It's not over yet," he stated. "We can still finish in the top four but we need to take maximum points now. We'll keep fighting right to the end. We all know what can happen.

"United have some tough games to play and I am sure they will drop more points.

"We have to put pressure on United by going to Stamford Bridge and getting three points. Pressure is a tough thing to deal with.

"We need to beat Chelsea and Palace and hope it all comes down to the final weekend."

Next up for Liverpool is a trip to newly-crowned champions Chelsea on Sunday.

Lallana feels Jose Mourinho's side are deserved winners of the title, but is aiming to spoil their end-of-season party.

He said; "Chelsea deserve to be champions. The table doesn't lie. They have been the best team throughout the season. You have to respect that.

"We all knew that last week was a big week and it was disappointing to only get four points out of the games against West Brom, Hull and QPR.

"We would have been right on their toes, if not ahead of United, if we had performed better. But we still have a chance and everyone believes fourth place is still possible.

"We have to concentrate on ourselves and look to take maximum points from our three remaining matches."

On a personal note, Lallana made his first start in six weeks against QPR.

The England playmaker has managed 38 appearances in his maiden season at Anfield, but admits niggling injuries have been a source of disappointment.

"It's been really frustrating," he said. "I never really got going and there was no consistency in my form.

"We've had a couple of tough spells as a team this season but when you have hard times together, you come out of it in a better place and I believe that will happen here.

"All the new players are going to be better for the experiences of this season. The pressure is always on at a club like Liverpool and everyone has seen that this year.

"It will be a big pre-season for me to ensure I get fit and stay fit. We need a much better start to next season.

"I'm desperate to do well here and contribute as much as I can."