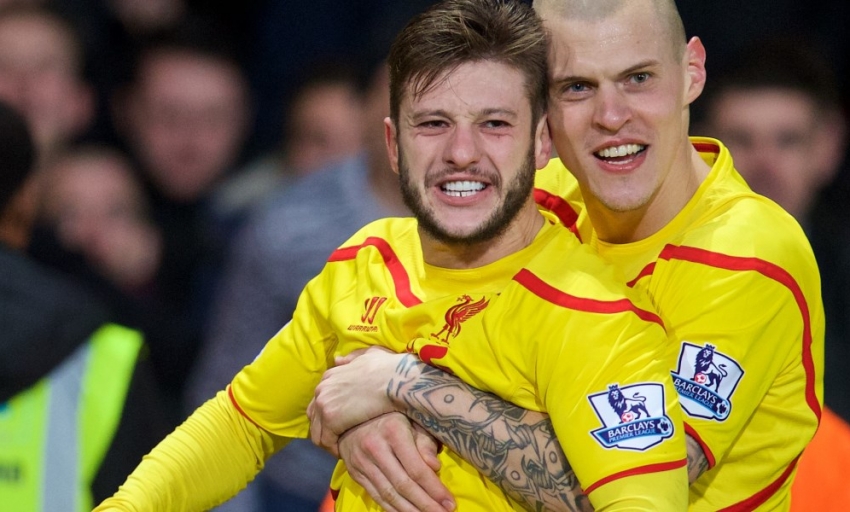 Liverpool fought back from a goal down to clinch a 2-1 win over Crystal Palace in the FA Cup fifth round on Saturday, thanks to strikes from Daniel Sturridge and Adam Lallana.

Fraizer Campbell opened the scoring in the 15th minute of play at Selhurst Park; however, patience prevailed as the Reds were able to pry apart the Palace defence with quickfire goals after the interval.

First Sturridge steered Jordan Henderson's floated cross into the back of the net to equalise, before Lallana pounced to turn the ball home from close range and secure victory for the Reds.

The win carried Brendan Rodgers' side through to the last eight of the competition and banished memories of recent disappointments for his team on the road against Palace.

In May 2014, this was the scene of a painful collapse, as Liverpool allowed the Eagles to eradicate a three-goal lead and haul themselves level in an extraordinarily frantic 3-3 draw.

Then, in November last year, despite early joy for Rickie Lambert, who netted his first goal for the club, the home side summoned another trio of strikes without reply to inflict a sobering 3-1 defeat.

The setting was the same - extravagant pre-match entertainment, raucous noise and banners in the corner of the Holmesdale End - and for a period of time, it seemed as though the Reds were set for another torrid visit.

Yannick Bolasie had been the orchestrator of their demise in November - but here, certainly initially, Dwight Gayle, on the opposite flank to the Frenchman, was the player who sent alarm bells ringing with his searing pace.

He exposed the Liverpool backline when Emre Can stepped forward in a rare moment of indecision and flew to the byline before sending a cross into the centre which Martin Skrtel was able to scramble clear.

He played his part as Palace opened the scoring. Joe Ledley lofted a high ball goalwards, Skrtel's header lacked conviction and Gayle was there again. Simon Mignolet raced out to block his effort, but Campbell arrived to lap up the free ball and smash beyond the 'keeper for 1-0.

Liverpool looked to hit back immediately, but they were faced with a wall of red and blue shirts formed up in front of them each time they went forward. It required quick passing, one or two touches and swift movement to open up the opposition.

The Reds managed to do so when Alberto Moreno released Henderson, who tucked the ball back inside for Lallana and his vicious first-time strike was palmed around the corner by Julian Speroni.

Rodgers' side began to gain momentum. Neat, nimble footwork helped manoeuvre the ball into Philippe Coutinho, who unleashed a thunderous effort which Scott Dann blocked with a stunning lunge.

Pape Souare tangled with Sturridge in the penalty area at one end, while Palace roared back at the other, Gayle slipping past Skrtel only for the towering Slovakian to recover with a lunge which swiped the ball to safety.

Palace's pressure was fast and frenetic, while Liverpool's was slow and methodical and included yellow shirts tightening in around the opposition ranks on the edge of their penalty area. Henderson stung Speroni's gloves with a drive before Joe Allen sent a volley yards wide of the 'keeper's post.

Liverpool searched and searched for that gap. Coutinho tinkered, ducking and diving before unleashing a venomous effort on goal which Speroni parried. Lazar Markovic slalomed in from the right, momentum carrying him through the heart of the Palace defence, before lashing an effort wide of goal.

Then there was major panic in the Liverpool ranks. Gayle, the danger man, raced through on goal after Bolasie fed him the ball. As the Palace man looked to poke beyond Mignolet, the Belgian stood firm to clear the ball with an outstretched leg.

At the interval, Rodgers turned to Mario Balotelli, the hero against Tottenham Hotspur during Tuesday night's Anfield thriller, as the manager opted to switch the Italian in for Markovic.

Within five minutes of the restart, Liverpool found an equaliser. Working the ball patiently and meticulously across the floor, the play found its way out to Henderson, who glanced up and seized the chance to supply Sturridge.

Digging the ball out of his feet, the Reds' captain launched a pass through the Palace ranks away to the left to where the No.15 was lurking on the shoulder of his marker - and when Henderson's cross arrived, the forward struck it sweetly first time through the legs of Speroni to make it 1-1.

The visitors had their tails up and in the 59th minute, another surge resulted in Balotelli being brought to the floor by Dann on the edge of the area and the Italian spotted the ball ready to take the free-kick.

Balotelli fired low through a thicket of blue and red shirts and towards Speroni, who was able to block the ball out. However, it was only as far as Lallana, who raced in and finished right-footed from close range to send the travelling Kop wild.

Liverpool kept calm, kept possession and were able to keep Palace at bay for the remainder of the second half. Lambert came in for Sturridge and Dejan Lovren was introduced in place of Coutinho.

The home side were pressed back, with yellow shirts dominating possession and Alan Pardew's side were unable to conjure enough on the counter-attack, lacking the menace they showed throughout the first half.

And when the whistle sounded in the capital, the Reds were able to celebrate a place in the final eight of the FA Cup as they headed in the direction of the ecstatic contingent of travelling fans, whose chants rang around Selhurst Park.