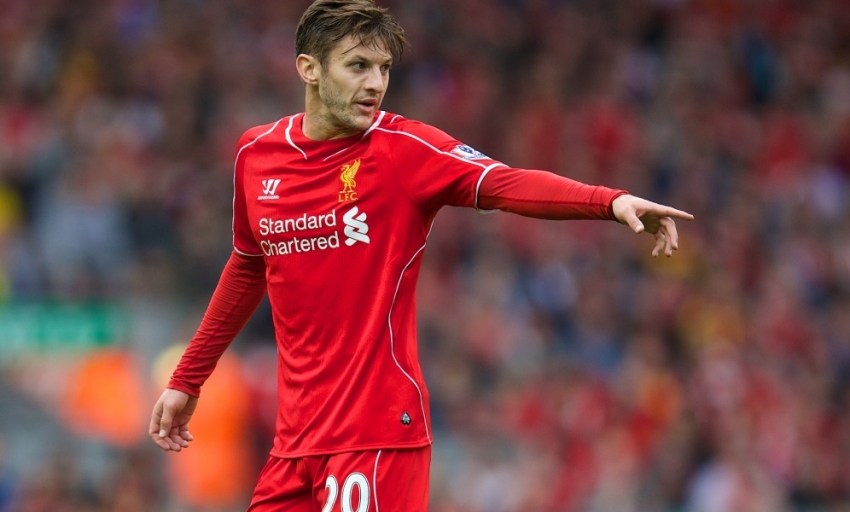 'That was a step in the right direction'

Adam Lallana pledged that his maximum fitness is approaching ever more quickly after the midfielder produced his most promising display since joining Liverpool in the Merseyside derby at Anfield.

The result in the 223rd meeting of the two rivals on either side of Stanley Park was ultimately one of disappointment for the Reds, with Everton grabbing a dramatic 1-1 draw courtesy of a stunning strike by Phil Jagielka.

A rocket of a finish by the defender in the opening minute of stoppage time cancelled out Steven Gerrard's free-kick earlier in the second half - his 10th goal against the Blues - to leave the home side with one point instead of three.

Though the final score was an obvious frustration, there were positives to take from the afternoon - as stressed by manager and players alike - and among them was undoubtedly the performance of summer signing Lallana.

He was a creative spark throughout the encounter, shimmying into space that hadn't existed seconds previously, passing crisply and accurately to teammates and calling visiting goalkeeper Tim Howard into genuine action.

Having been voted Man of the Match by supporters on Twitter, the No.20 delivered further good news with regards to his personal situation from the tunnel at the stadium after the final whistle.

"After every game I'm feeling more comfortable," he commented to Liverpoolfc.com. "I just want to keep working hard and I still feel I can improve even more, get better and put in better performances.

"I don't want to make excuses, but I did miss pre-season. It's a valuable part of getting the rustiness out. It's just going to be with game time now.

"Because of the injuries we've had, I've probably played a lot more than I would have done coming back from injury. But it has been great - that's what you need as a player.

"I felt great out there, fitness-wise, and it's just disappointing we couldn't get the three points."

His sentiment in the latter respect was shared by all those with a Reds leaning, particularly as the captain's set-piece conversion was the pinnacle of numerous chances to add Liverpool names to the scoresheet.

Lallana lamented the collective failure to supplement the single successful effort, and not least because the approach play that had been a key focus in pre-match preparation at Melwood had proved effective.

The England international continued: "We said during the week we needed to improve and play at a high tempo. I felt we did that; we moved the ball quicker and created more chances.

"It's just disappointing we couldn't take a few more of them. We were more solid defensively from set-pieces. So there are positives, but they are going to be clouded over with the result unfortunately.

"It was really frustrating - it was almost the last kick of the game. We thought we played a lot better and there were a lot of improvements.

"Possibly we should have been two or three goals ahead, so we should have taken our chances. You always leave the opposition with a chance with it just being a single-goal margin. We're absolutely gutted."

Brendan Rodgers' team must now lift themselves for a different competition and their second Group B fixture in the Champions League - a trip to Swiss outfit FC Basel on Wednesday evening.

"It's great when you've got the Champions League round the corner," Lallana reflected. "That's what you want as a player, off the back of a day like today where you're so disappointed.

"For almost the next 48 hours, you'll just be really disappointed. But you've got to quickly refocus and get back into it because we've got a brilliant game ahead of us on Wednesday night."