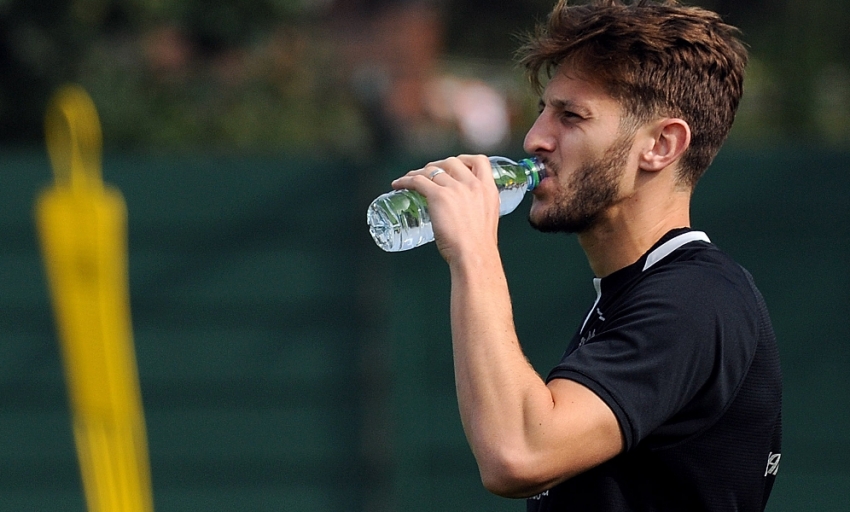 Liverpool fans can expect to see Adam Lallana in full flow over the coming weeks as the midfielder nears peak fitness, according to his teammate Rickie Lambert.

While the Reds endured a 3-1 defeat by West Ham United at Upton Park on Saturday, second-half substitute Lallana at least injected energy and purpose on only his third outing for the club.

The 26-year-old had seen early playing time curtailed by a knee injury sustained during the tour of the United States and watched from the stands during the Reds' opening three games of 2014-15.

Lambert and Lallana have been teammates since August 2009, when Southampton signed the former from Bristol Rovers - and the Scouser therefore knows his friend's capabilities as well as anyone.

That's why he's been unequivocal in backing Lallana to thrive at Anfield, reserving special praise for the No.20's steadfast desire to overcome injury and compete for a starting berth.

"He's going to bring a whole new dimension to the team," Lambert told Liverpoolfc.com from the Anfield dug-out on Monday evening.

"He's missed out on a few weeks, and there's nothing he can do about that. But his attitude has been first-class in training. He's been desperate to get back.

"That extra strength and that extra speed will come back over the next few weeks and you will be seeing the best of Adam Lallana, without a doubt."

Whether Lallana plays a part in tonight's Capital One Cup clash with Middlesbrough at Anfield remains to be seen; however, Brendan Rodgers has already revealed that Lambert has a place in the Reds' starting XI.

Who partners him up front - or whether the 32-year-old leads the line alone - is also yet to be confirmed. But Lambert believes he can forge a partnership with any of his three fellow forwards over the coming months.

When asked if he felt he could link with another summer recruit, Mario Balotelli, who signed from AC Milan in August, Lambert was firm in his response.

"I believe that unless you give the partnership a try, you don't really know how it's going to work," said the Reds' No.9. "Each individual has different aspects to their game. But we can all adapt.

"We can all adapt to each other. I'm sure any partnership that we have striker-wise at the club will do fine."