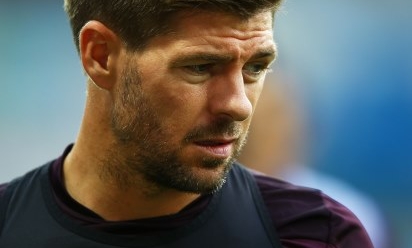 The Liverpool captain intends to consider his international future during the summer after insisting last week that he needs time and to hear advice before making a decision.

One of six Reds players in Roy Hodgson's squad, Gerrard featured in all three fixtures at the tournament - back-to-back defeats by Italy and Uruguay before a draw with Costa Rica.

Anfield colleague Raheem Sterling sparkled on the highest stage, while Daniel Sturridge found the target in the opening fixture, and Dalglish feels the skipper's influence is crucial.

"If I was the England manager, I would be trying very hard to persuade Steven Gerrard and Frank Lampard not to retire from international football," the Scot wrote in the Daily Mirror.

"I have heard a lot about the kids coming through who are going to make Roy Hodgson's team contenders at Euro 2016. There are a few exciting talents out there, like Raheem Sterling and Luke Shaw, who have a lot of promise.

"If I was in charge, I'd tell them not to worry about reporting for the September friendly. I'd just play them in competitive matches.

"These kids who are coming through need senior players to look up to at the start of their England careers. There is nobody better than Lampard and Gerrard to fill that role."