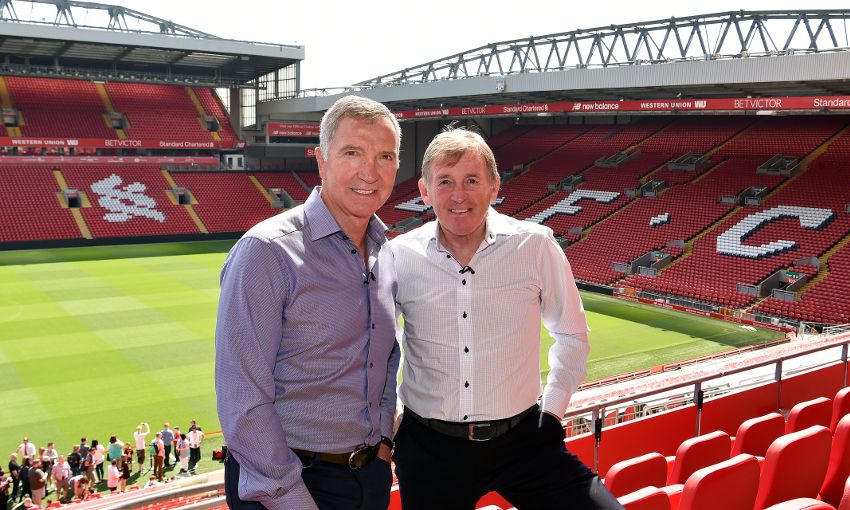 Graeme Souness and Kenny Dalglish have faith that Liverpool's current crop can follow in their footsteps by lifting the European Cup in Kiev next week.

But the legendary duo acknowledge that the nous possessed by Real Madrid side aiming for a fourth Champions League victory in just five seasons makes them an even tougher opponent in the final.

Ahead of the Reds featuring the showpiece fixture of Europe's premier cup competition for an eighth time, Souness and Dalglish sat down with LFCTV to share their memories of the club's successes in 1978, 1981 and 1984.

'When We Were Kings', which premieres on LFCTV at 9pm BST on Monday May 21, also sees the Scottish pair breaking from offering up brilliant dressing room anecdotes to discuss the possibility of a sixth European Cup being brought back to Anfield later this month.

For Dalglish, a two-legged fixture against Real would have been preferable, though he still believes Jürgen Klopp's men deserve to be feared.

He said: "I think when the semi-final quartet was decided, I don't think any of the other three wanted us over two legs.

"We're capable of banging a few in at home but equally capable of scoring away from home as well.

"I know we lost at Roma - 4-2 - but that was the worst draw they could have got, and Bayern Munich or Real Madrid, they would have been terrified to get us.

"When it's a one-off game, I think it gives the opposition a better chance. And Real Madrid are no novices, either, they're going for a 13th."

Souness is also confident that Liverpool can get the job done in Ukraine, but compared their opponents to the Reds team that won the trophy three times in seven seasons.

He said: "I think we've got a great chance. Madrid will obviously be very, very strong, but I think Liverpool at their best can beat them.

"They have the belief that we had. We would have had that aura against Bruges, against Real Madrid and against Roma.

"They would have seen the imaginary aura about Liverpool at that time. This time it's Liverpool's turn to go and dispel the aura of this Real Madrid team."

Watch When We Were Kings on LFCTV or sign up for LFCTV GO now and get your first month for free.