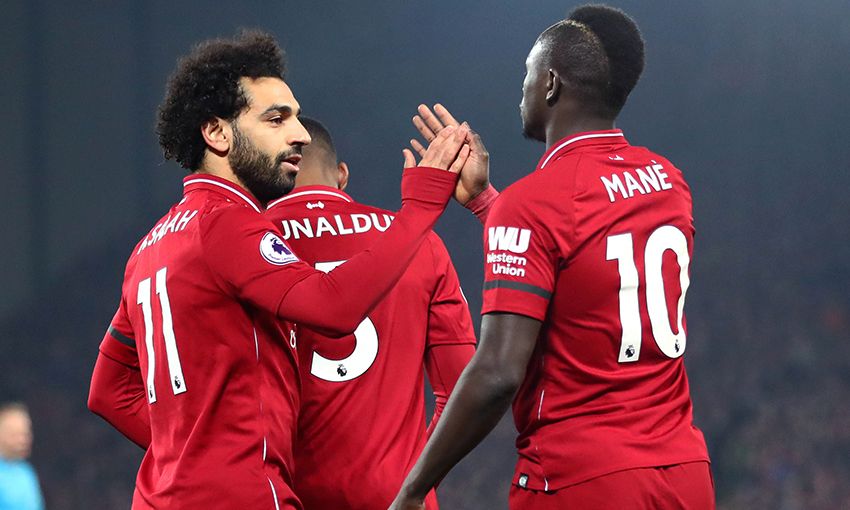 Sadio Mane and Mohamed Salah have equalled a goalscoring feat last achieved for Liverpool by Ian Rush and Kenny Dalglish.

Mane's strike in Sunday's 2-1 win over Fulham saw him move level with Salah as the Reds' top scorer this season on 20 goals.

And the Senegalese's 26th-minute opener at Craven Cottage also means he and his teammate are the first pair to register 20 or more goals in successive campaigns for Liverpool for 36 years.

In 2017-18, Mane and Salah scored 20 and 44 times respectively to help fire Jürgen Klopp's team to the Champions League final. 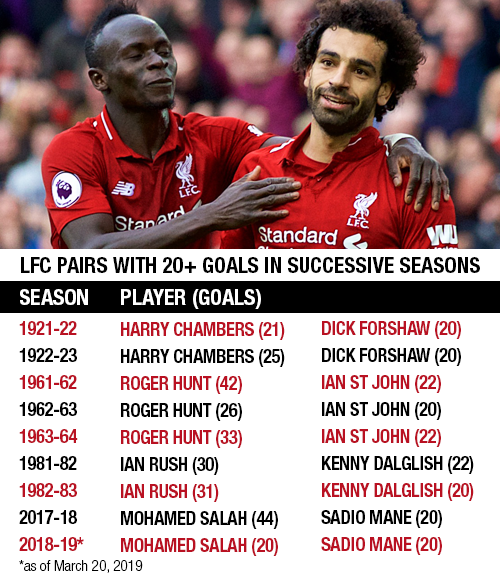