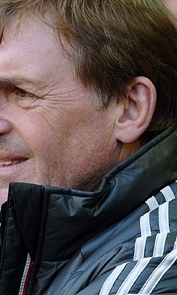 Liverpool manager Kenny Dalglish has urged everyone involved in Saturday's Barclays Premier League game at Old Trafford to play their part in making sure the focus remains firmly on the football and nothing else.

Said the Reds boss: "Everyone involved, including the media, the supporters and both teams have a responsibility to ensure this weekend is remembered as a cracking game of football between two very good sides, rather than for anything else.

"I thought everyone involved in the FA Cup tie at Anfield played their part in making sure that the match was played in the right way, so let's make sure that happens again this weekend.

"I'm sure people will want to talk about Luis Suarez, but he accepted his ban, served his suspension and returned against Spurs on Monday. It's time for all of us to draw a line under what happened and move forward.

"People are already speculating on the pre-match ceremony, but from Luis's point of view we have spoken to him and I know he will shake the hand of Patrice Evra and the other Manchester United players before the game."